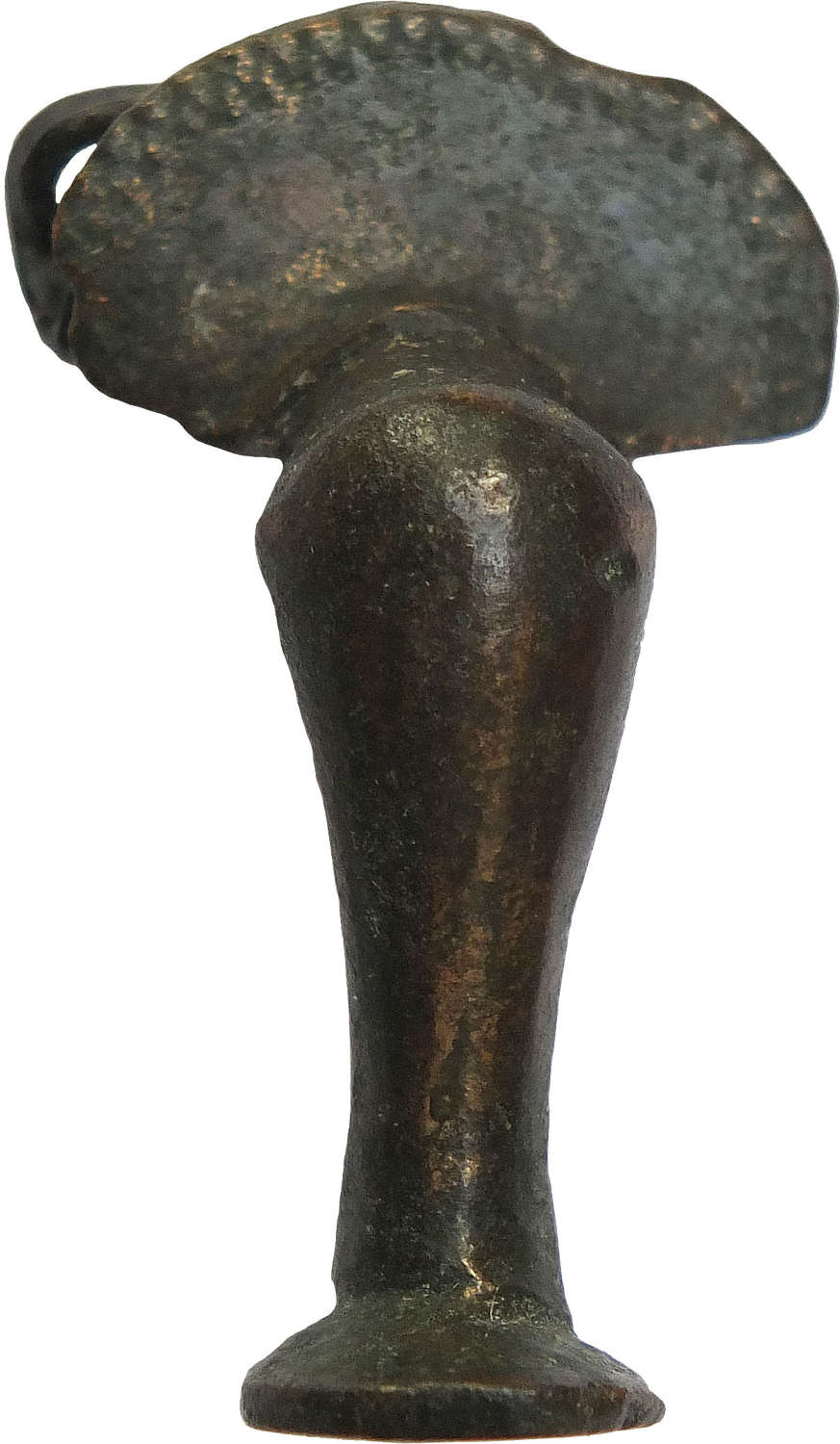 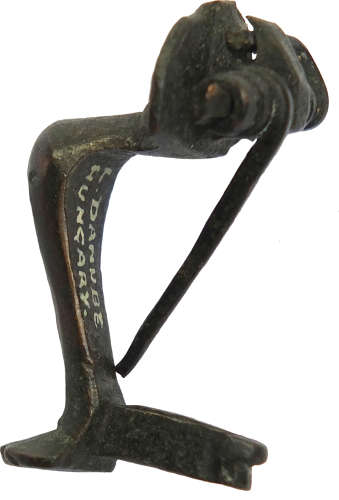 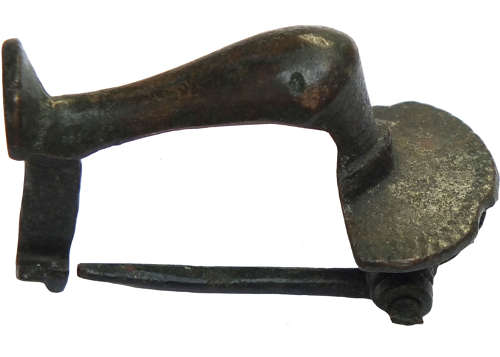 Provenance: Ex E.J.W. Hildyard Collection (his accession no. HCF38, although notation lost on brooch) and acquired by Hildyard through exchange with Dr. H.A. Fawcett in December 1941. Previously in the possession of Robert Barley (1945-2018).

Dr Hugh Alderson Fawcett (1891-1982) was a general practitioner and antiquarian who built up an important collection of ancient implements, weapons and ornaments that eventually numbered some eight thousand items. It was he who alerted the British Museum to the discovery of the fabulous Mildenhall treasure after being shown it by Sydney Ford during Easter in 1946,  The bulk of his collection is now in the Bristol Museum and Art Gallery, but Fawcett previously sold or traded many pieces in order to improve his collection. His distinctive monogram and careful recording of provenance makes his pieces readily identifiable.