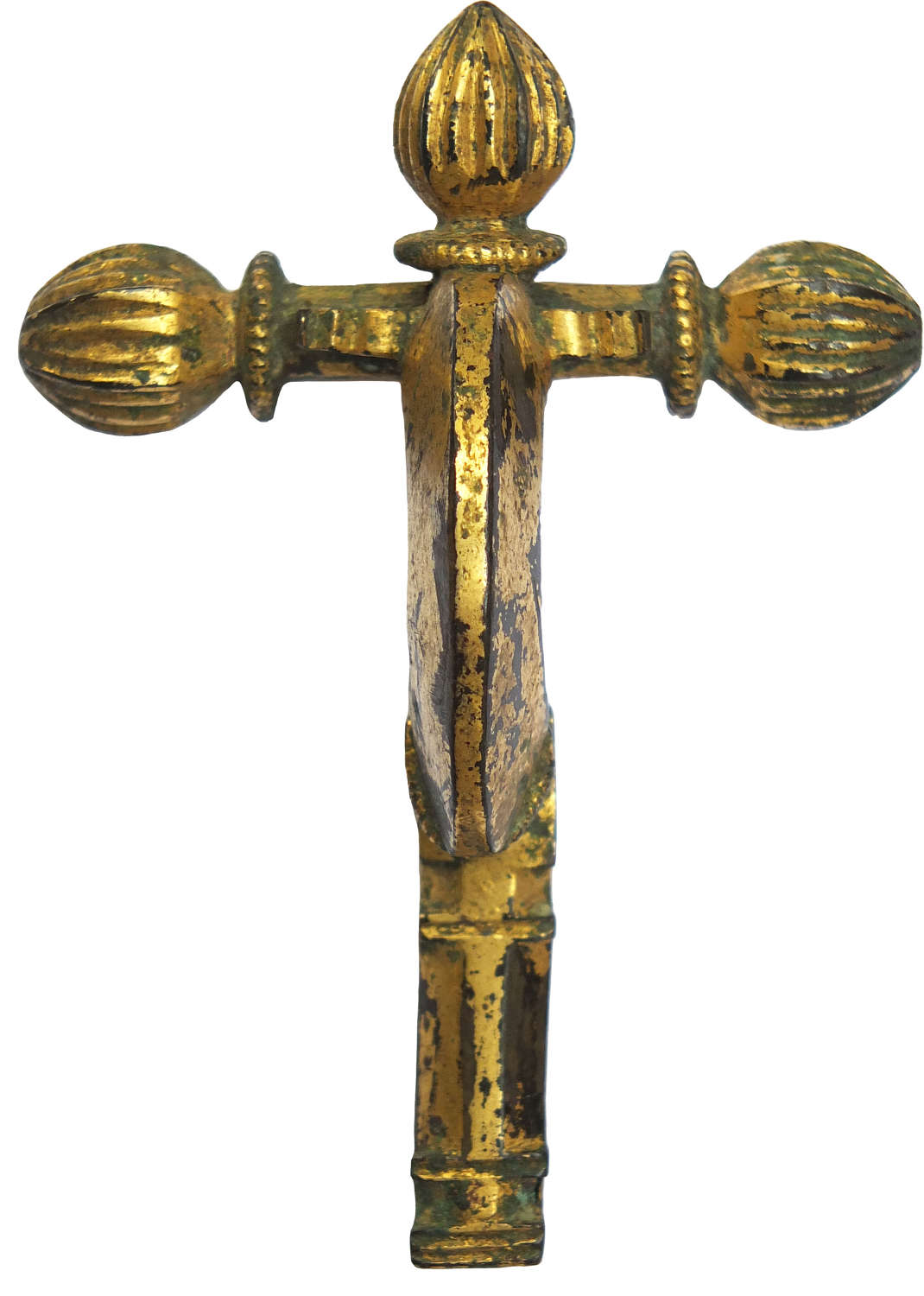 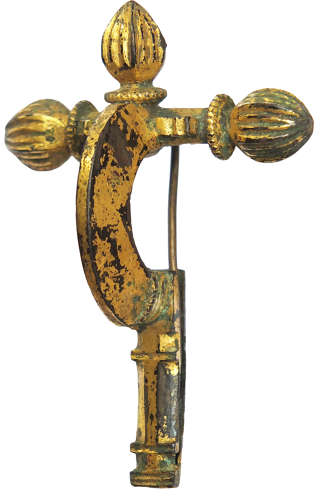 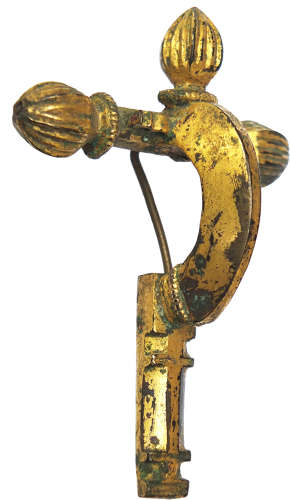 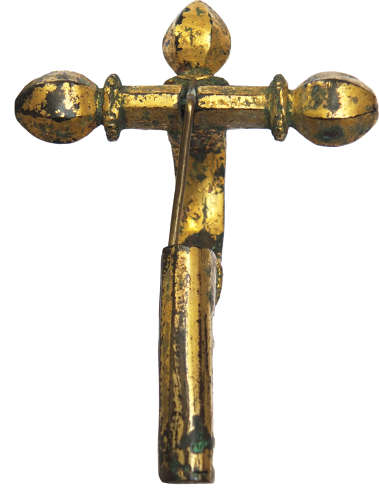 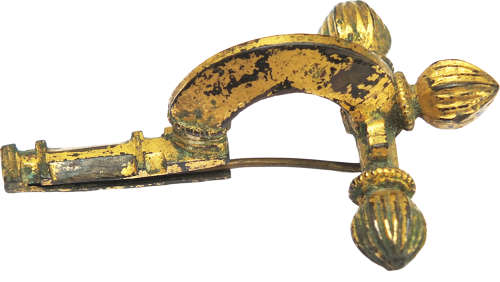 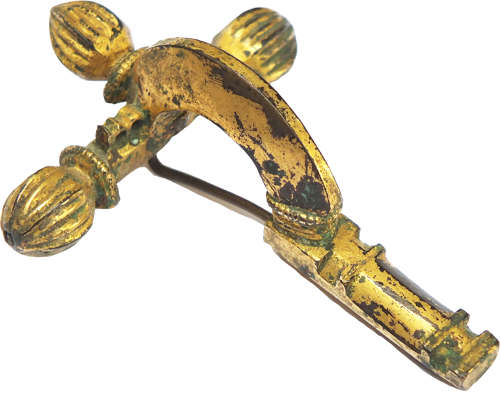 £475.00
Qty
Description: A substantial gilded bronze crossbow brooch with faceted and ribbed ovoid terminals, the pin replaced and patchy wear to the gilding but an attractive and desirable example.