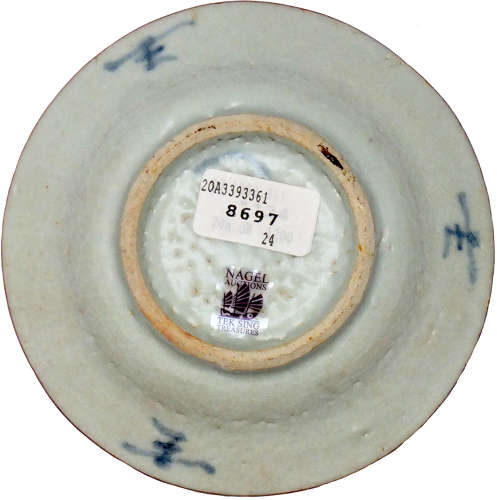 £45.00
Description: A Tek Sing shipwreck blue and white glazed porcelain saucer, the everted rim decorated with a thick blue band and with a painted hanging basket containing a flowering chrysanthemum in the centre. Overall surface wear affecting the painted design, although this is still clear, and some crazing on the blue band decorating the rim, the reverse in good condition with Nagel Auctions Tek Sing Treasures auction label attached.