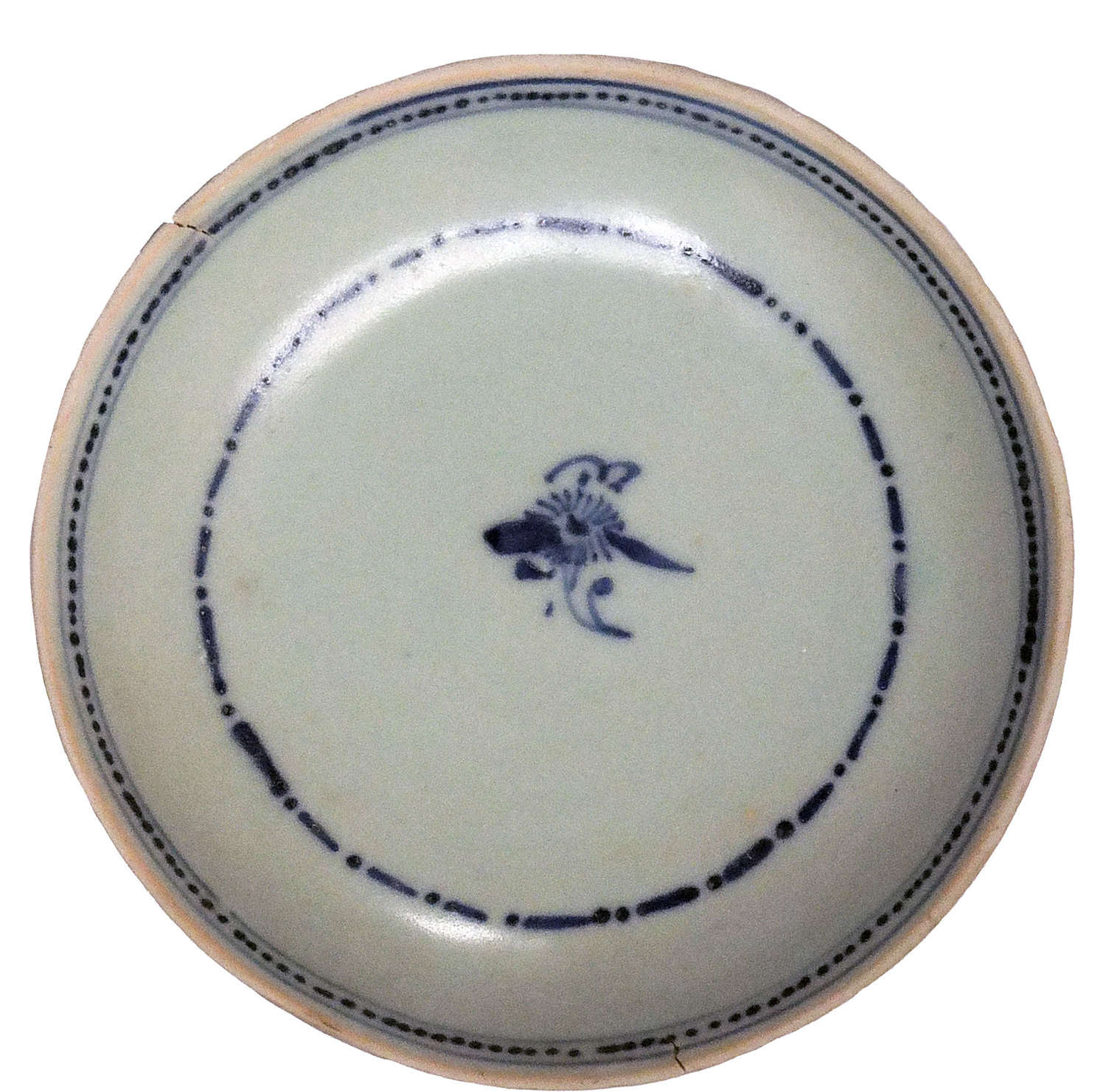 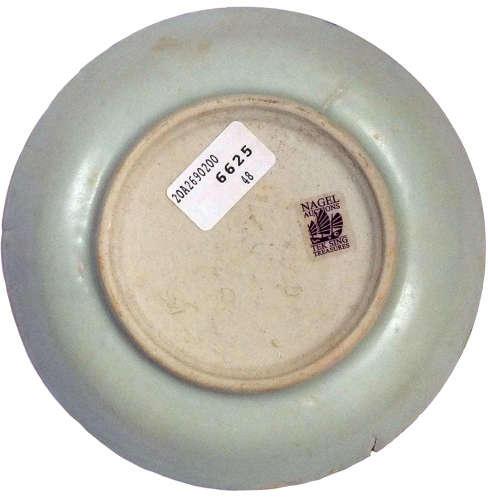 £50.00
Description: A Tek Sing shipwreck blue and white porcelain cargo bowl decorated in the centre with an aster spray within a dot-dash ring, a band of dots within two parallel lines just inside the rim and the rim unglazed. On the underside a Nagel Auctions Tek Sing Treasures auction label. Two small cracks on the rim, otherwise the bowl in good condition.