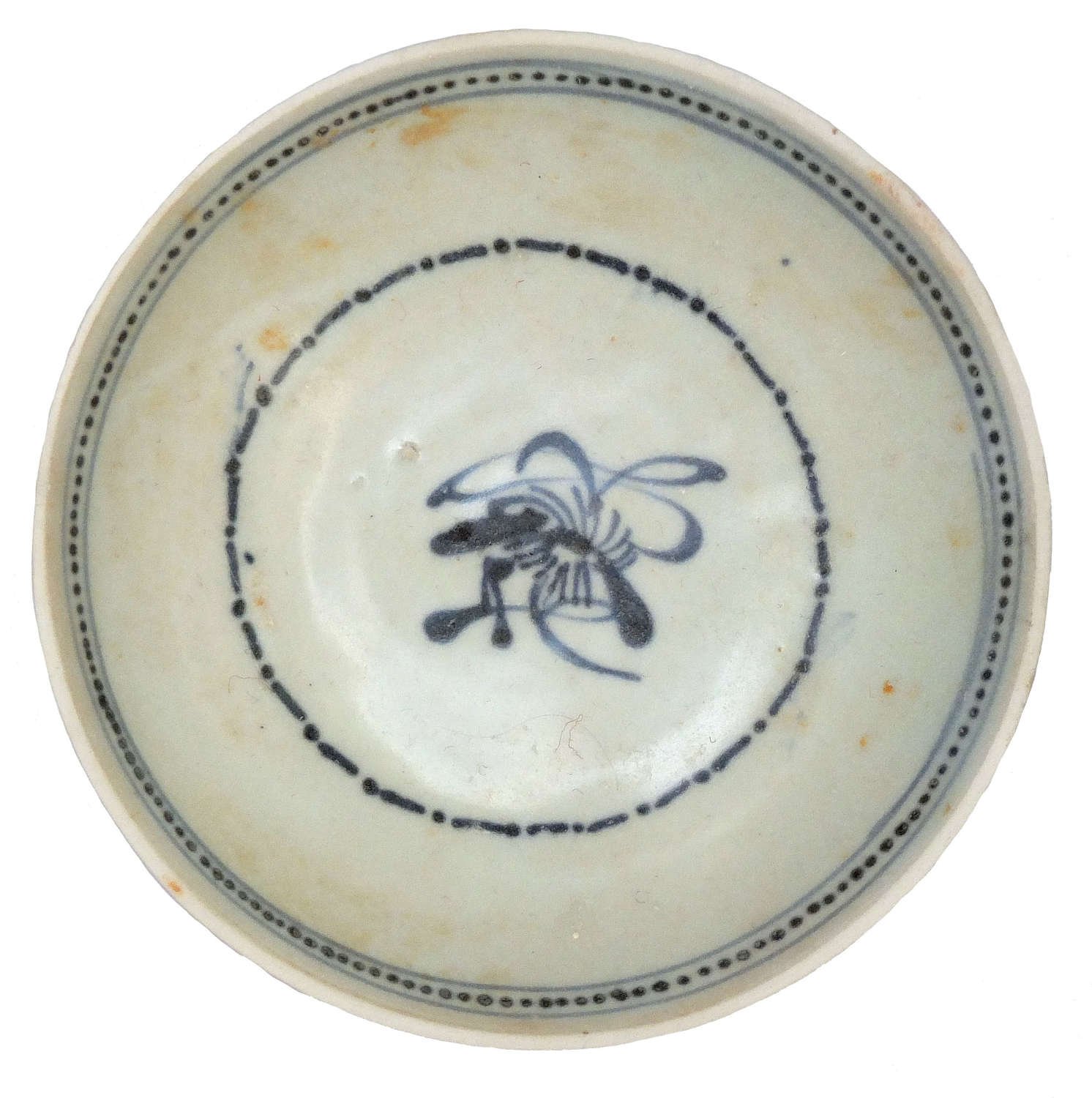 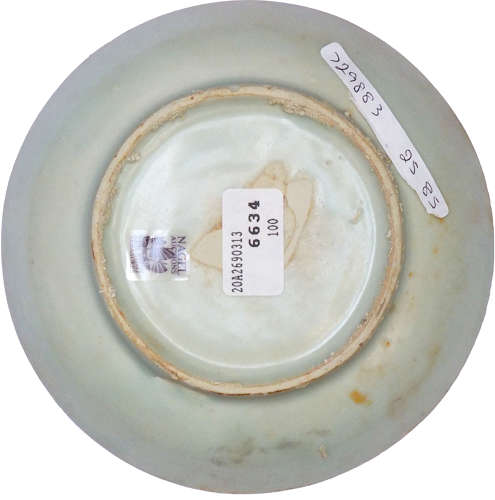 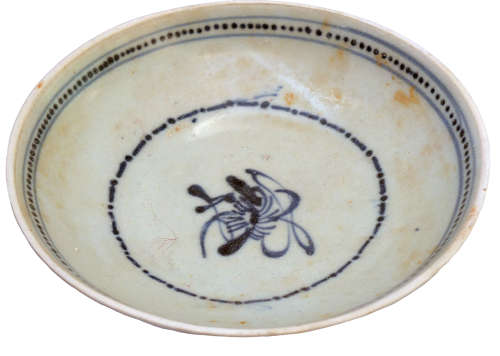 £50.00
Description: A Tek Sing shipwreck blue and white porcelain saucer, the interior of the bowl decorated with a central stylised floral motif within a dot-dash circle. An edge border below the rim, comprising a band of closely-spaced dots between two parallel lines. Some small spots of reddish-brown staining, otherwise condition good. The reverse in good condition with Nagel Auctions Tek Sing Treasures auction label attached.