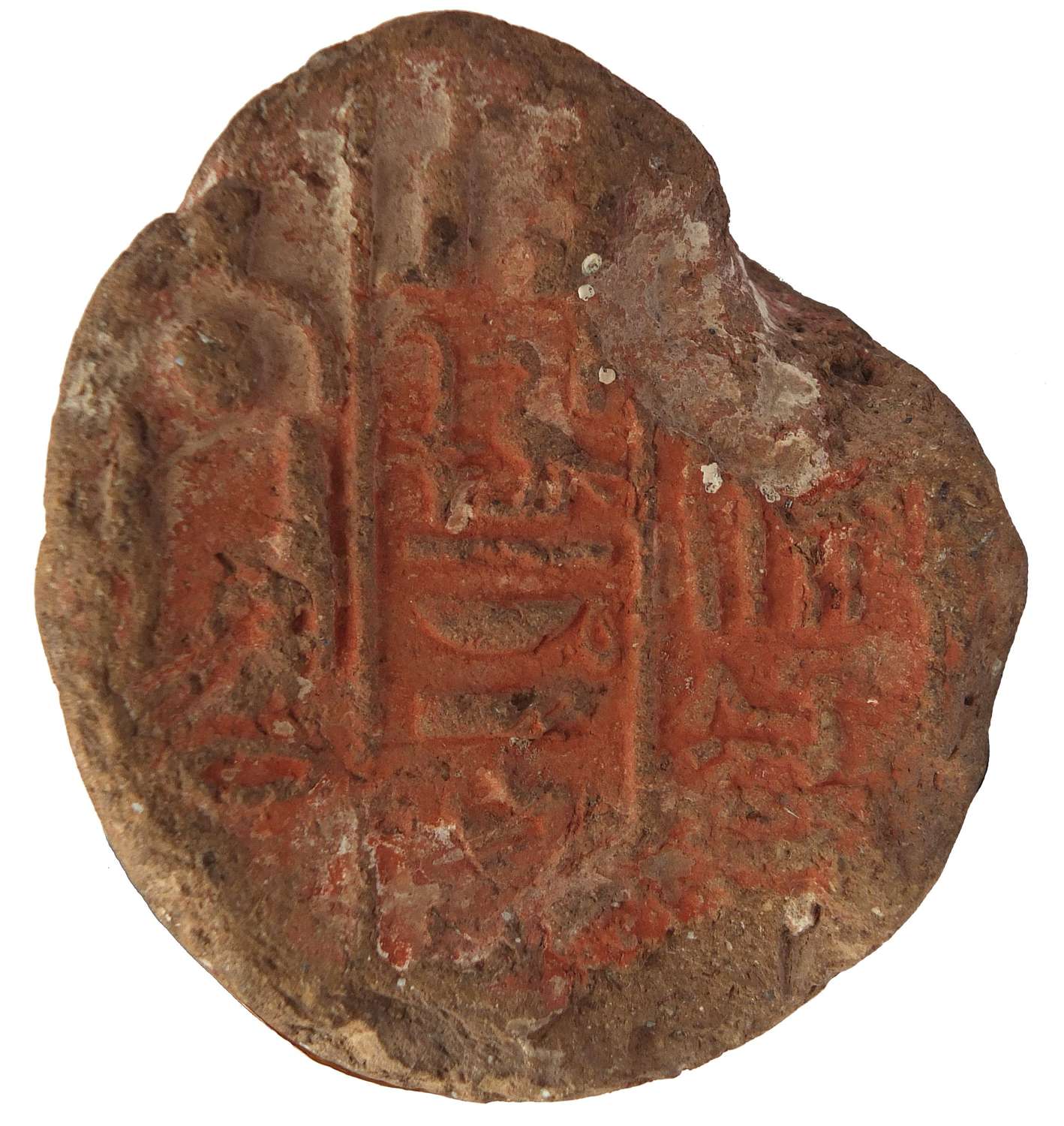 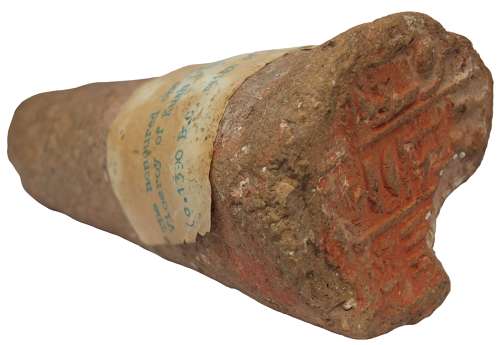 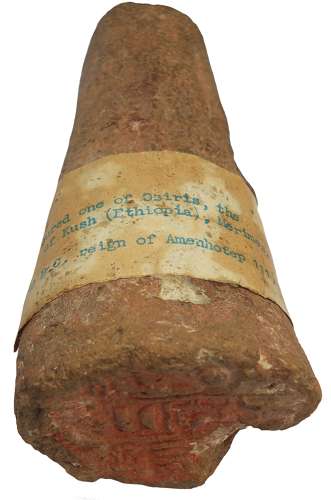 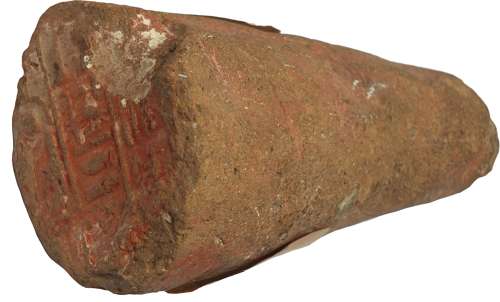 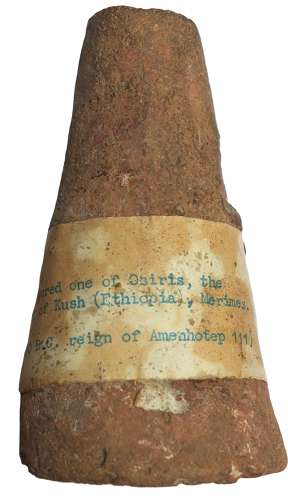 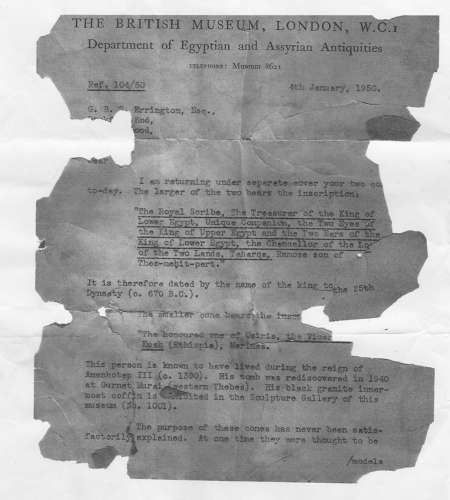 Description: A terracotta funerary cone for Merymose, the circular face impressed with three columns of moulded hieroglyphs reading ‘The honoured one of Osiris, the Viceroy of Kush, Merymose’, with remains of red pigment, and an old collection label having a typewritten translation of the text. A chip to the face affecting one column of text, otherwise condition good and a very nice example.

Notes: Funerary cones were originally placed on the outer walls of tombs in the Theban necropolis, often above the entrance or in the court of the tomb. Their exact purpose is unclear. Champollion suggested they served as some sort of labels for the deceased. Petrie thought they were symbolic offerings. Others have suggested they were architectural ornaments.

Merymose was a Viceroy of Kush during the reign of Amenhotep III, serving in this capacity for almost four decades. He was buried in tomb TT383 discovered at Thebes. He was buried in three anthropoid sarcophagi, now in the British Museum, the Museum of Fine Arts in Boston and Vassar College, New York.

Fifty-five examples of Merymose funerary cones are known in museum collections and probably a dozen more are held in private collections, so a chance to join a very select club.

Supplied with a copy of a rather distressed letter from I.E.S. Edwards (1909-1996), Assistant Keeper at the British Museum (1934-1955), addressed to Mr Errington mentioning this funerary cone and another, dated 4th January 1950.