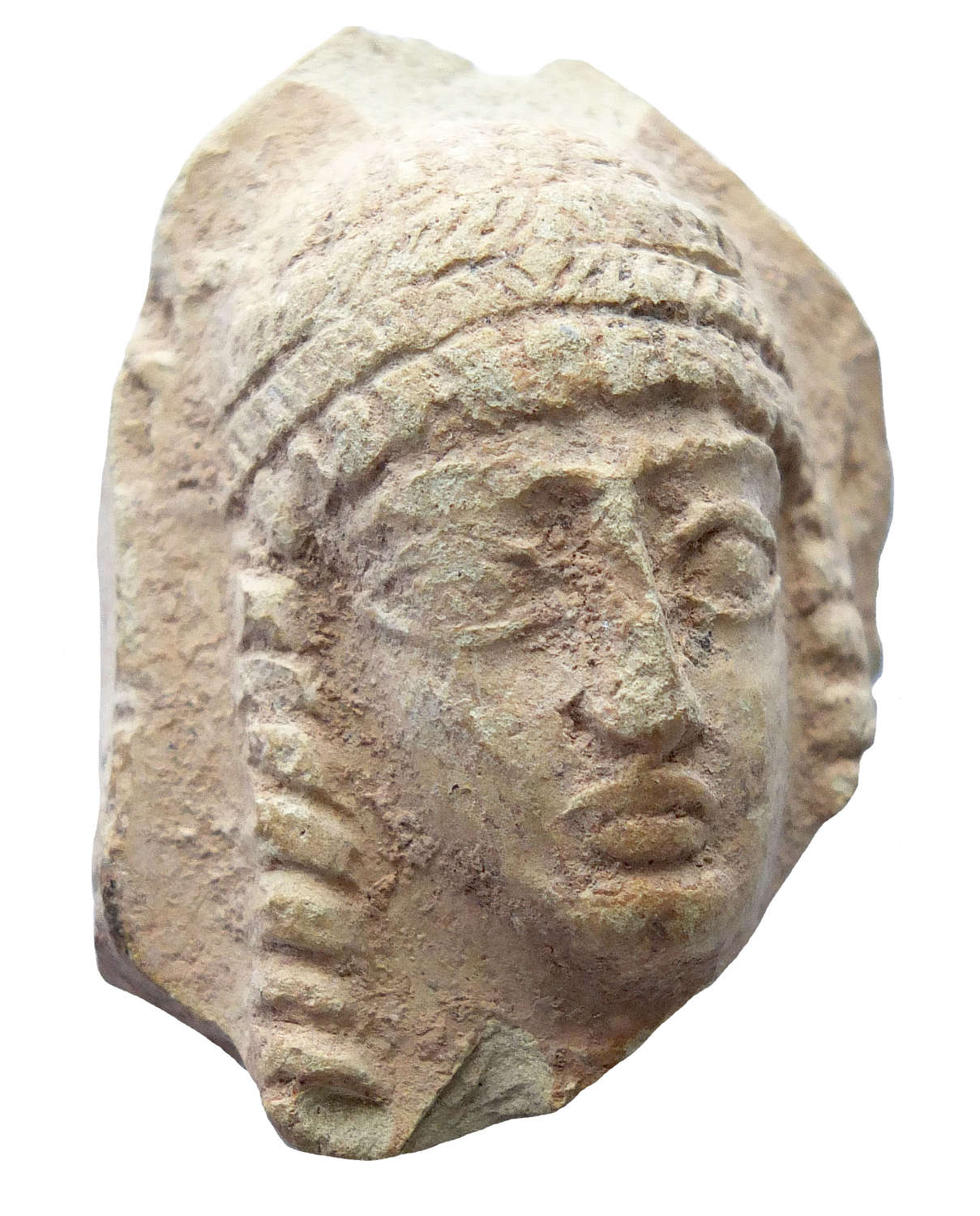 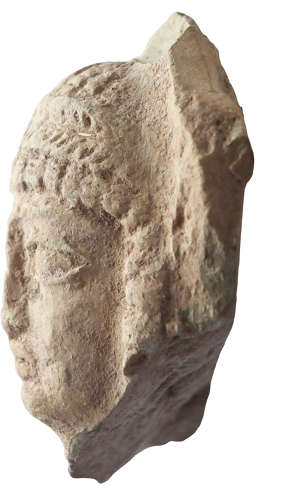 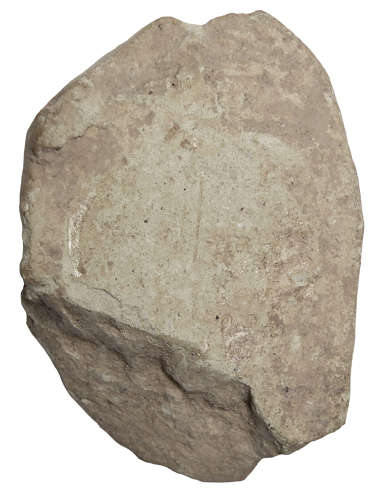 A Near Eastern terracotta head of a goddess, c. 1st Millennium B.C.

Description: A pale brown terracotta head of a goddess probably representing Tanit or Astarte, broken at the neck and flat-backed and probably from a plaque figure. The hair dressed as long ringlets on either side of the face and wearing a decorative headband. A chip to the top of the head and some surface wear but a pleasing depiction.