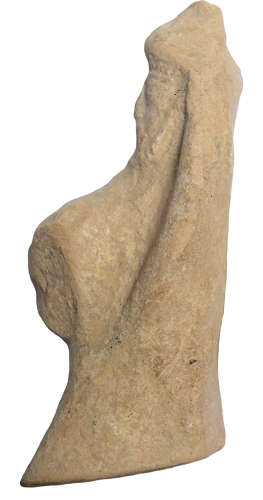 Description: A fawn terracotta horse and rider figure with a moustached and bearded rider wearing a tall cloth headdress and the horse cursorily-modelled. The head of the horse chipped and some other small chips and minor surface wear.