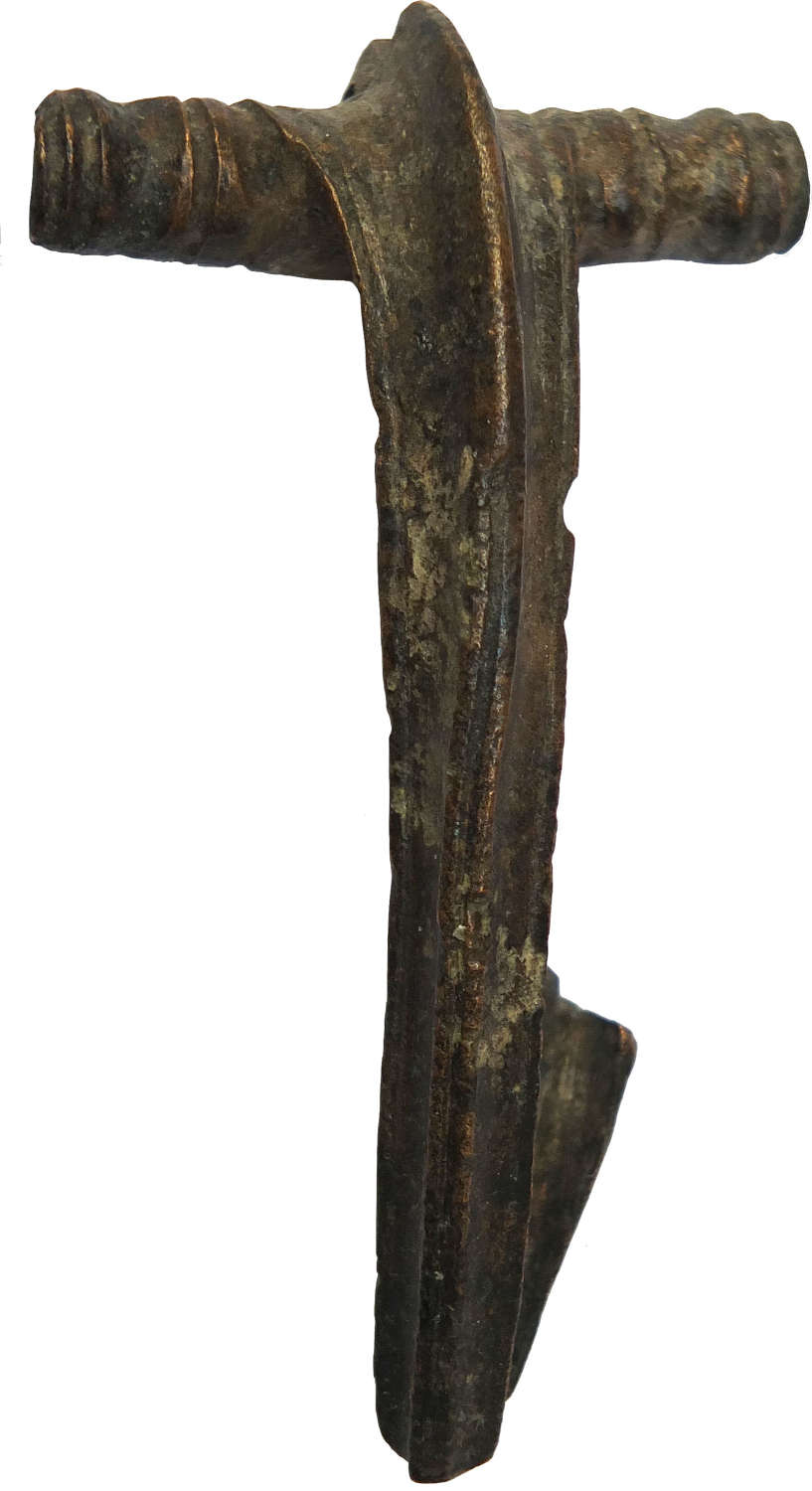 Description: A Colchester-type IVB bronze brooch of the early Roman period, with a ridged half-circular cross-bar and a pronounced pointed keel running down the centre of the arch. The brooch has a triangular aperture in the catchplate and a patchy brown patina. The pin and spring missing and the catchplate bent, found in 1920 with other objects at the site of the new Post Office in Canterbury, Kent.