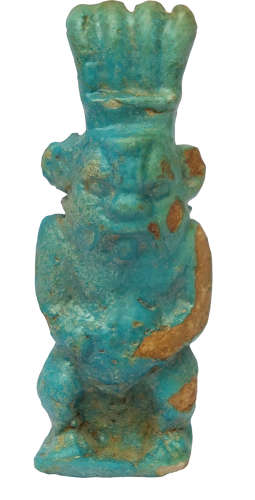 Description: A good-sized turquoise blue faience amulet of Bes, the protector of households, mothers and children, depicted naked and wearing a plumed headdress, with hands clasping a pot belly; a suspension loop on the reverse at the top of the head. Some surface wear, particularly on one side and on one buttock, exposing the core, but an attractive example with good colour and with a well-modelled face.