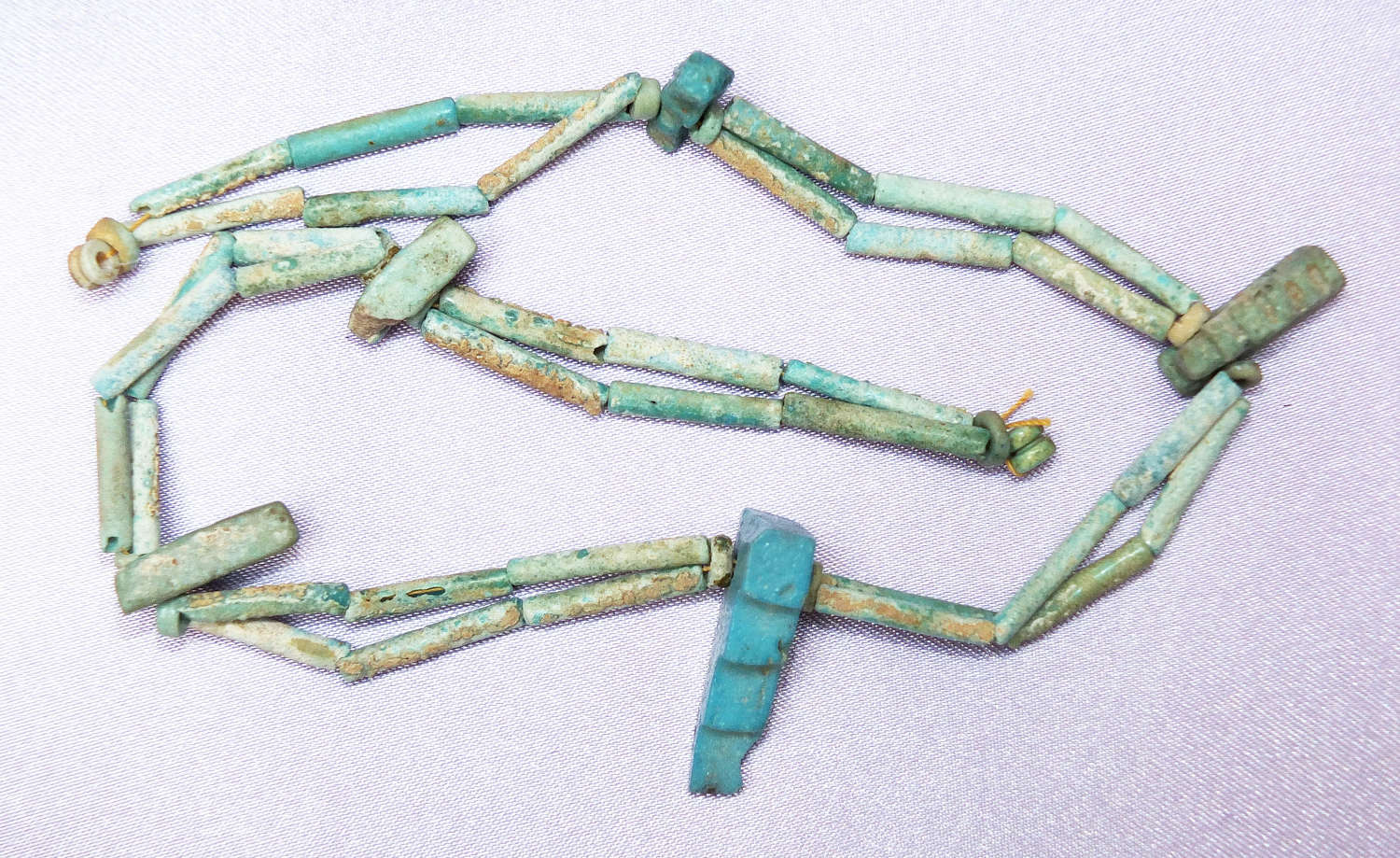 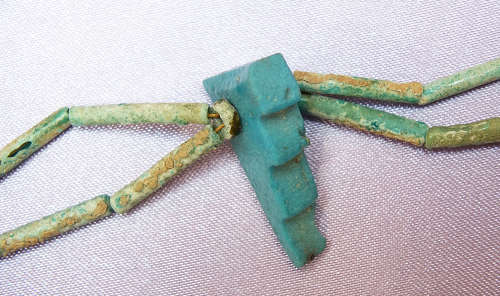 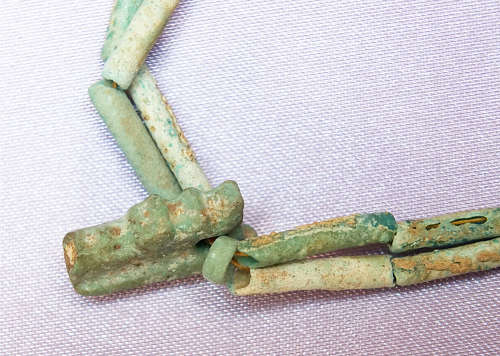 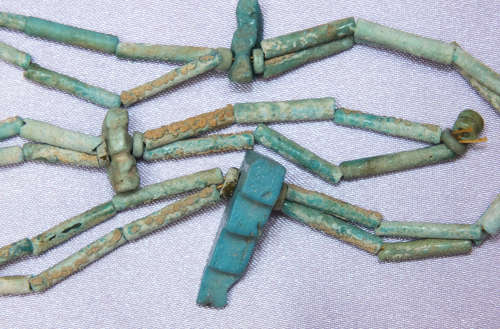 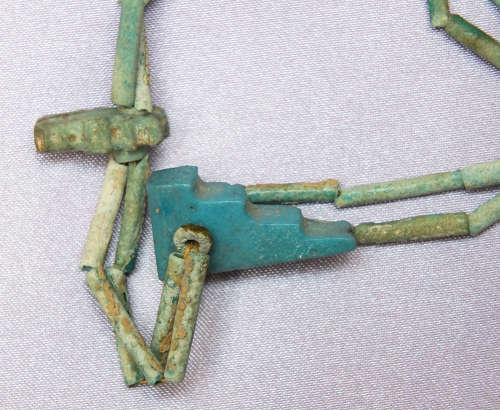 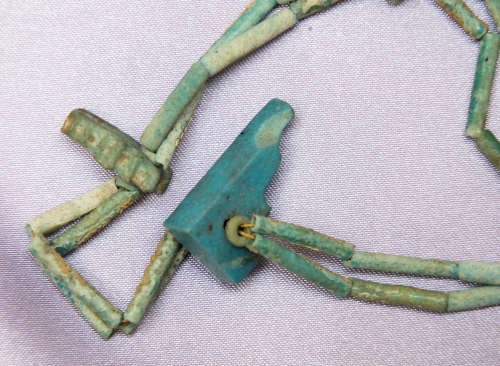 A restrung necklace of Egyptian beads with rare staircase amulet

Provenance: From the collection of Julian Bird (1959-2014), the staircase amulet acquired in Brighton in 2008.

Notes: According to Andrews (1994) the staircase amulet may have represented the primordial mound which arose out of the waters of chaos and upon which all life began. The Pyramid Texts tell of a staircase to heaven and the throne of Osiris, as judge of the dead, surmounted a stepped dais. Such amulets may have offered the deceased, recreation, resurrection and ascent to heaven. The form is restricted to the Saite Period and later.