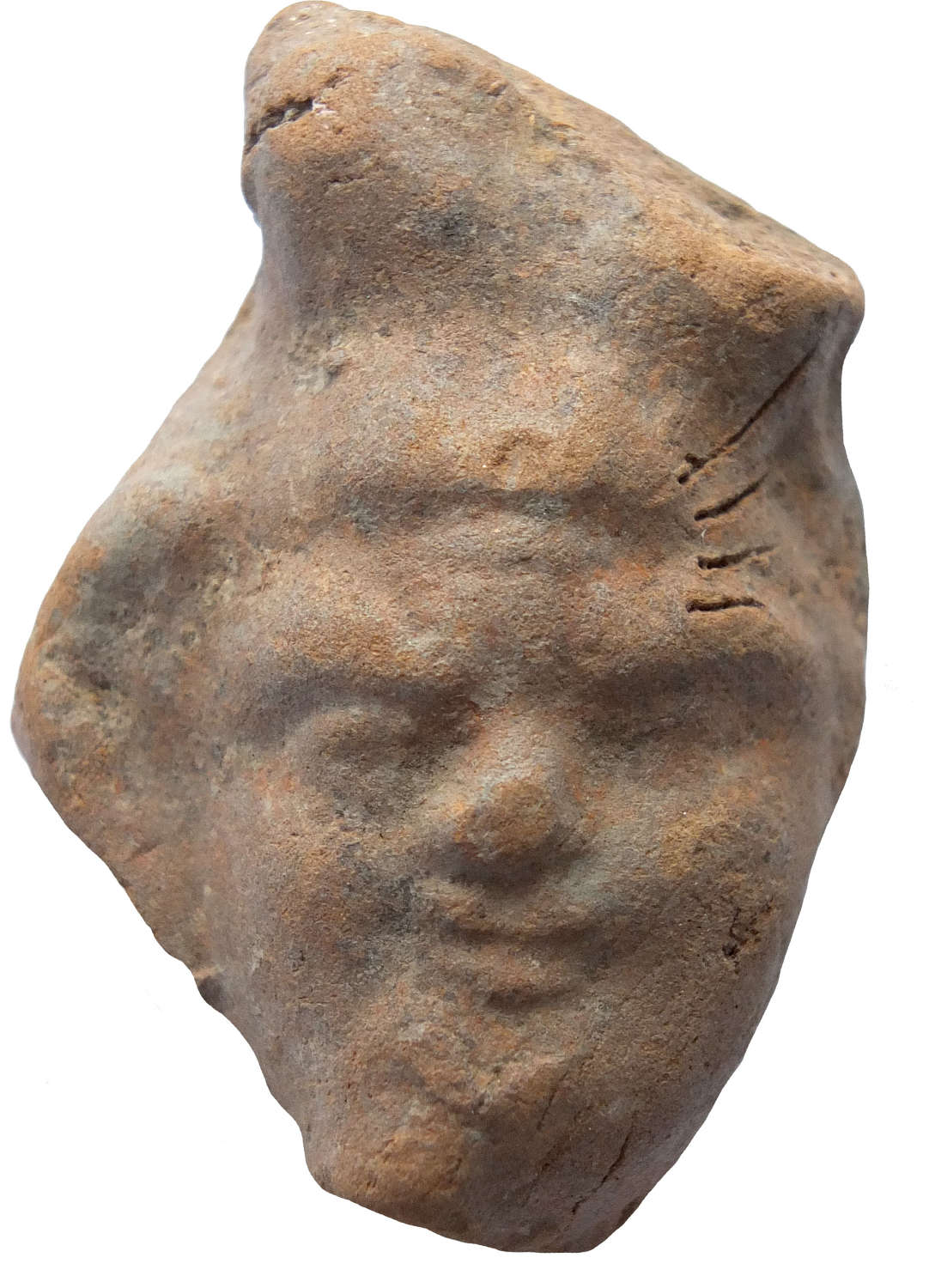 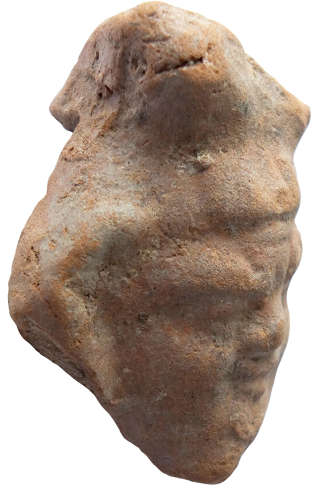 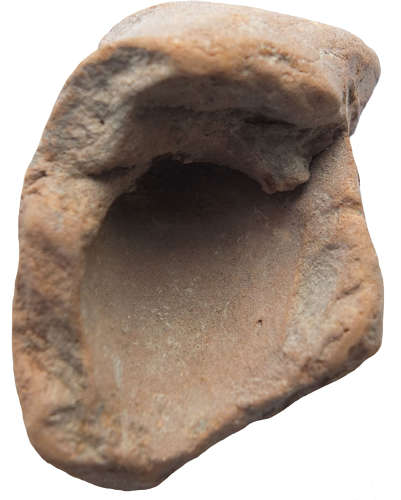 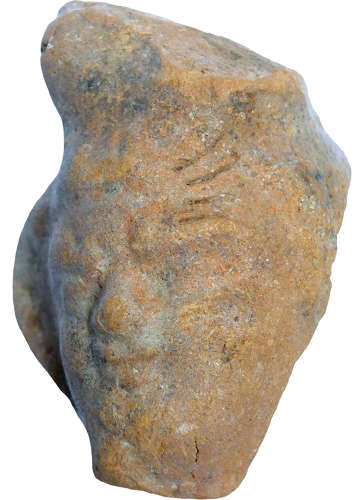 Description: A red terracotta male head fragment with the remains of a headdress now lost and with a hollow back. Overall minor surface wear and some old edge chips.