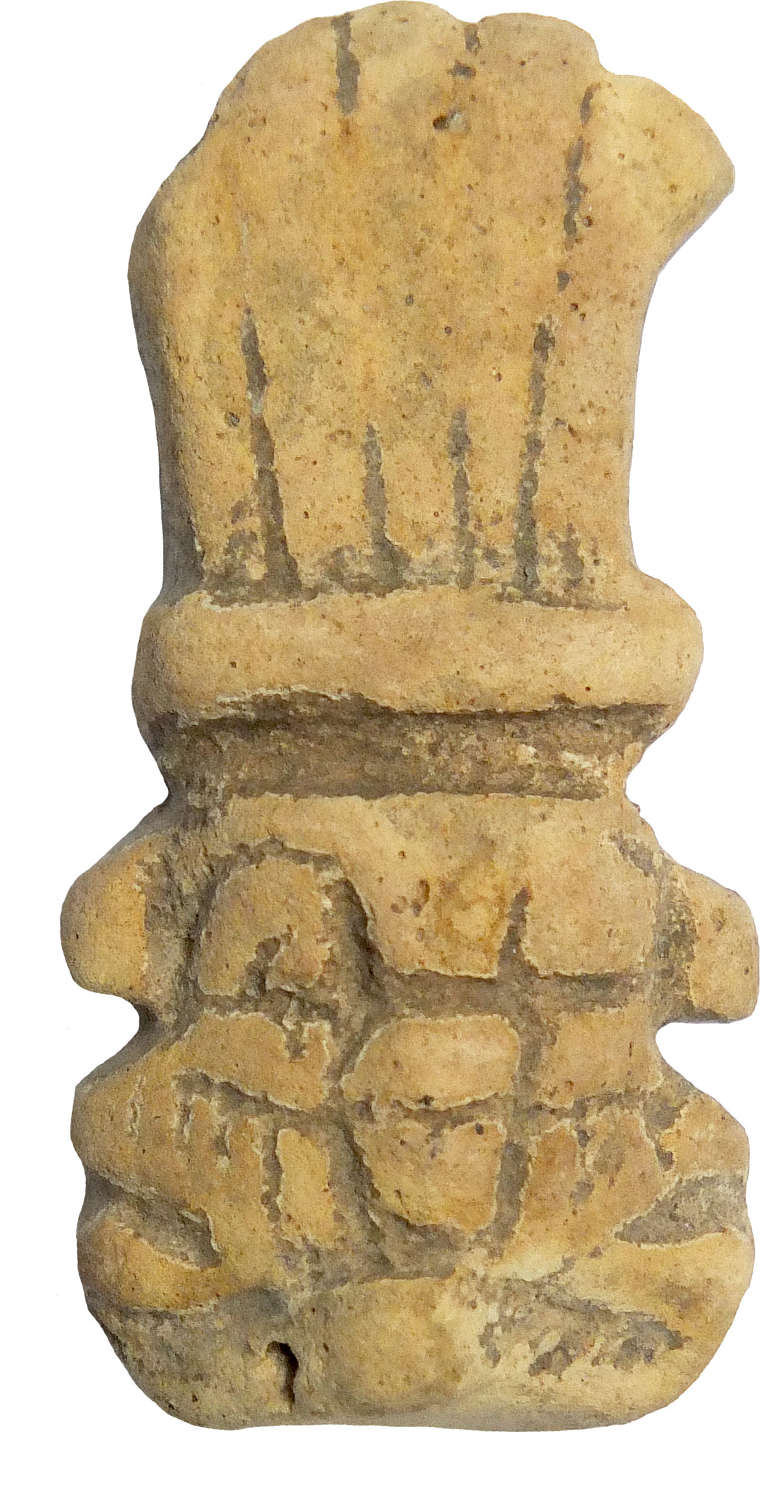 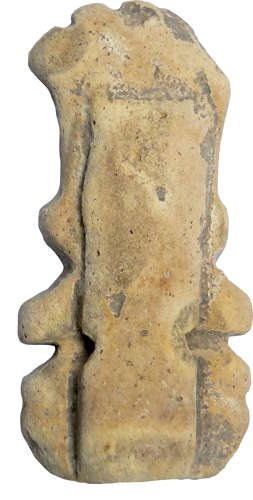 A sizeable but fragmentary Egyptian faience amulet of Bes

Description: The upper part of a sizeable Egyptian faience amulet of Bes, the protector of households, mothers and children, wearing a tall plumed headdress and with back pillar pierced for suspension. The lower part of the amulet below the waist lost, and significant overall surface wear but an inexpensive example.