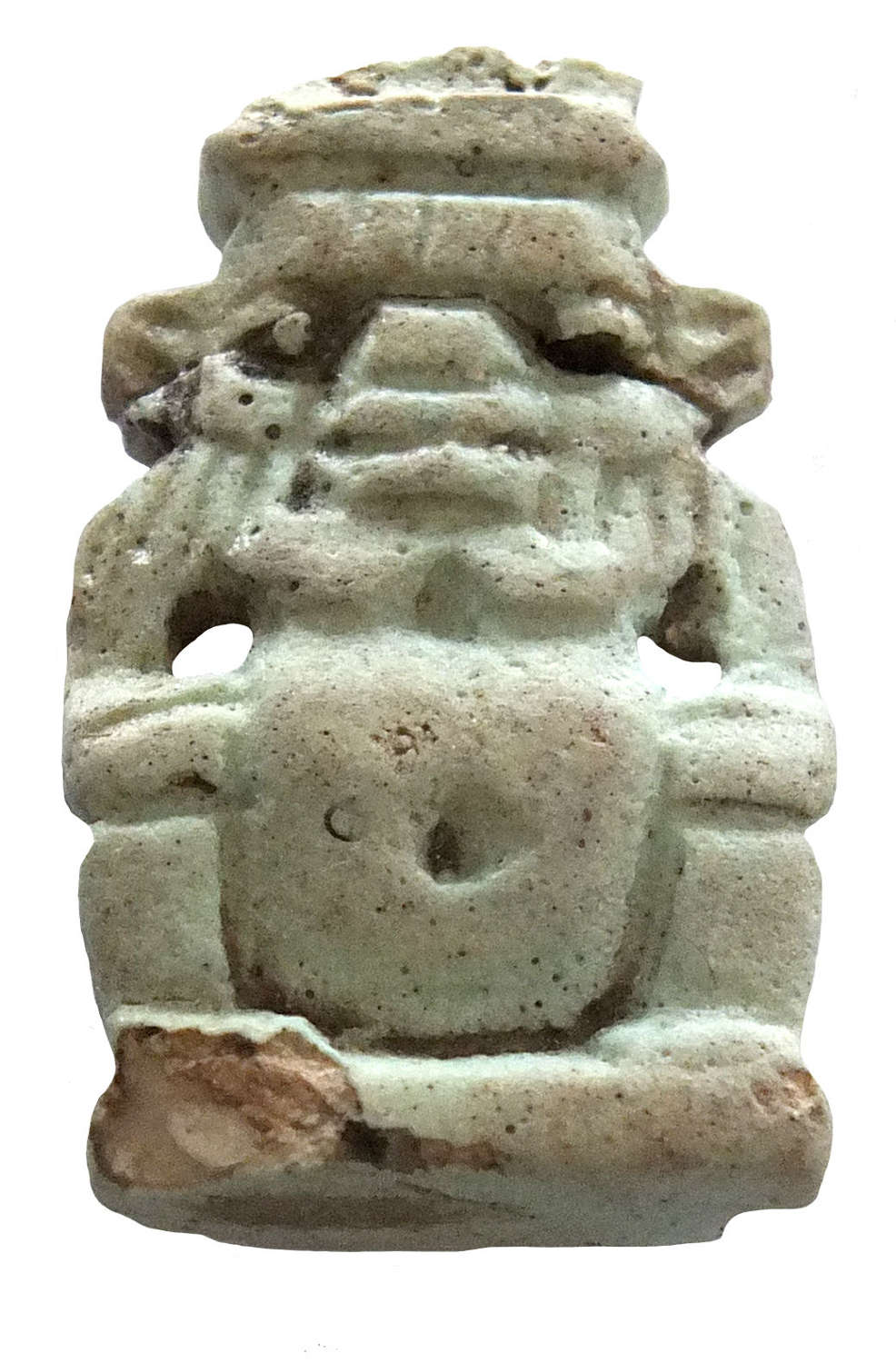 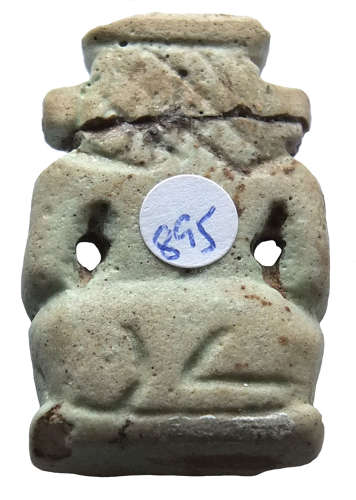 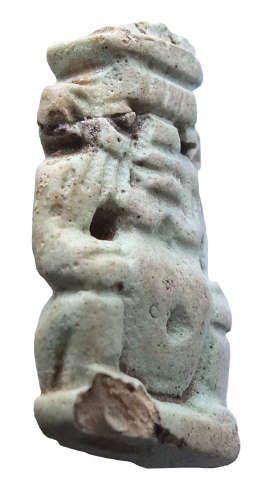 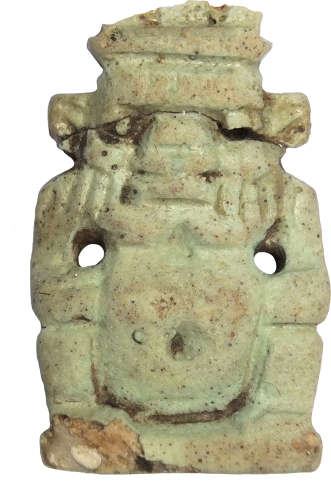 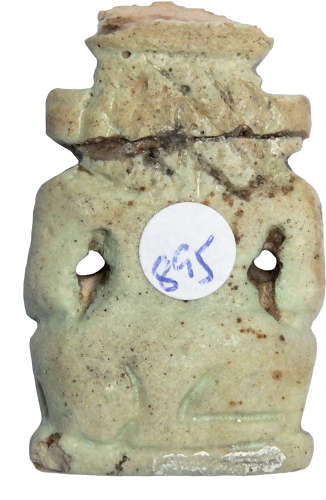 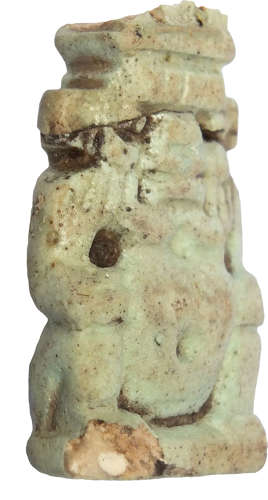 Description: A sizeable pale blue faience amulet of Bes, the protector of households, mothers and children, depicted squatting naked with hands upon knees. The plumed headdress lost and a horizontal fracture through the head repaired and a chip to one corner of the base, but still a charming depiction.

Photographed in both artificial and natural light.