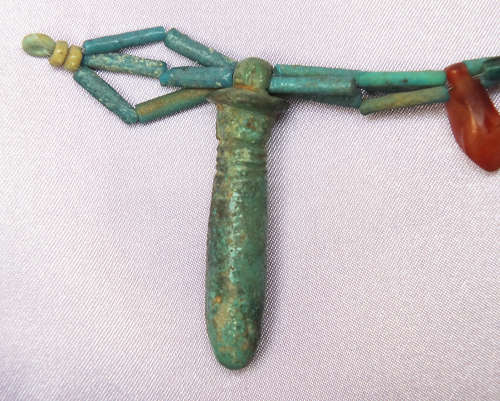 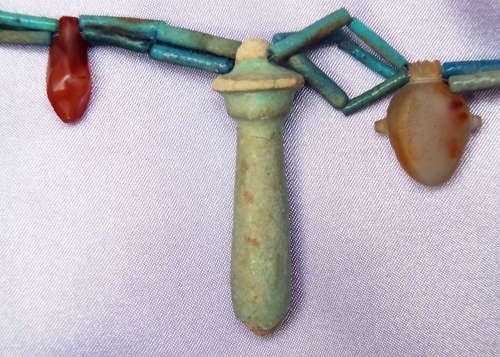 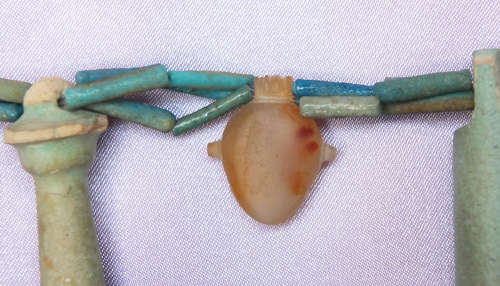 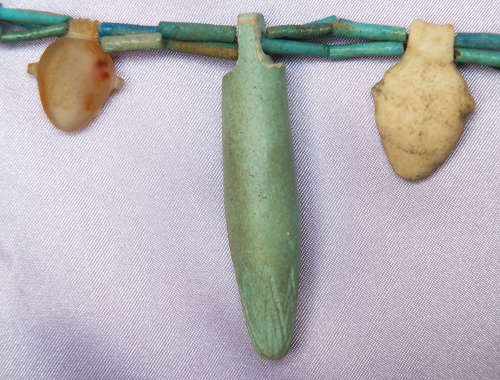 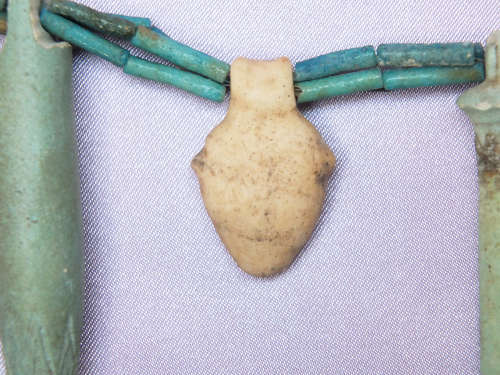 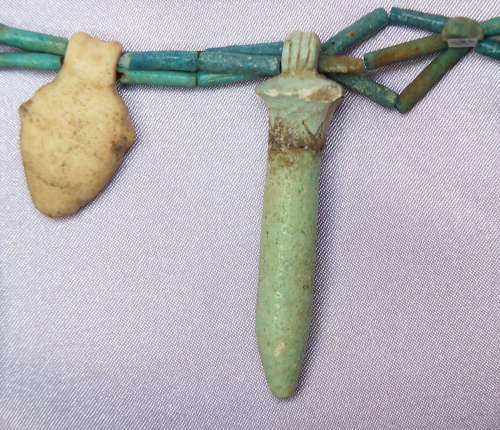 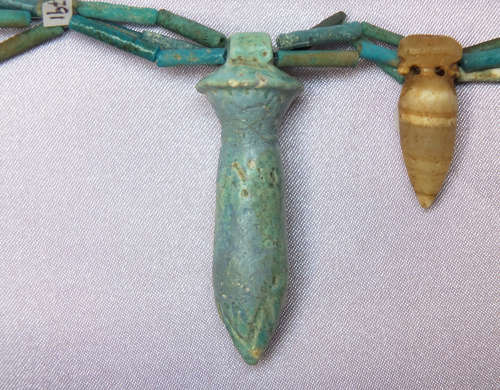 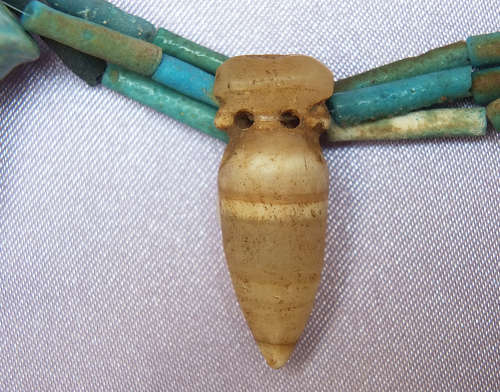 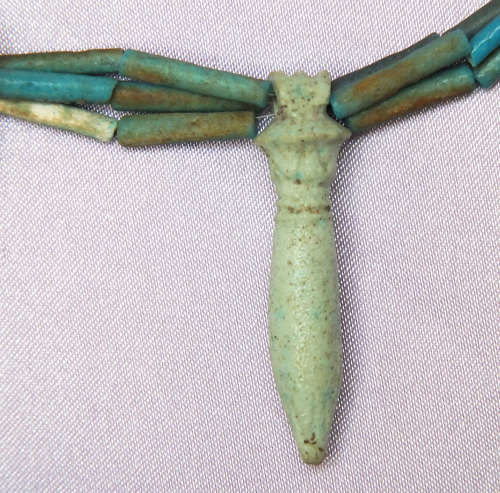 A triple-stranded necklace of Egyptian faience beads with ten amulets

Description: A long restrung triple-stranded necklace of blue faience beads, long tubular type, holding ten amulets and a carnelian drop-shaped pendant. The amulets comprise six good-sized blue faience papyrus sceptre amulets, a small blue faience heart (ib) amulet, a good-sized pale carnelian heart amulet of flattened form, a large alabaster or limestone heart amulet also of flattened form and a fine alabaster amulet in the form of a two-handled amphora with a pointed base. Some of the papyrus sceptre amulets fine examples with decoration. One papyrus sceptre repaired at the collar, others with some inoffensive chips, but a nice group.

Provenance: From the collection of Julian Bird (1959-2014), the small blue faience heart amulet acquired in 1976; the pale carnelian heart amulet acquired from Easter Satrapy at a London coin fair in 2005; the alabaster amphora amulet ex H. Dolman Collection, Hendon, assembled before the Second World War, and acquired at Timeline Auctions Coins &Antiquities sale on 14 December 2012 as part of Lot 162.

Notes: To the ancient Egyptians, the papyrus plant symbolised new life and represented regeneration after death. Chapters 159 and 160 of the Book of the Dead state that a papyrus sceptre amulet should be placed on the throat of a mummy. The heart (ib) was regarded as the source of intelligence, feelings, and actions. A person's memory was also thought to reside in the heart and so at the Weighing of the Heart judgement ritual in the afterlife, the heart was able to speak on behalf of the deceased, accounting to Osiris for the deceased deeds. Thus heart amulets were placed on the mummy to protect the owner's organ and ensure that the heart gave a righteous response on judgment day.