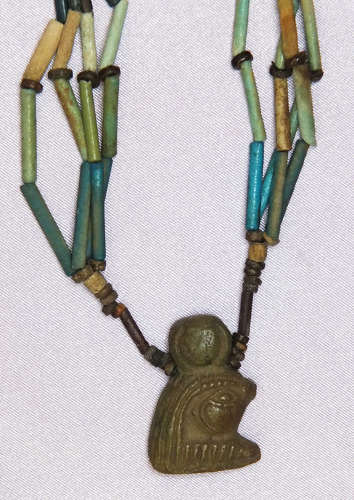 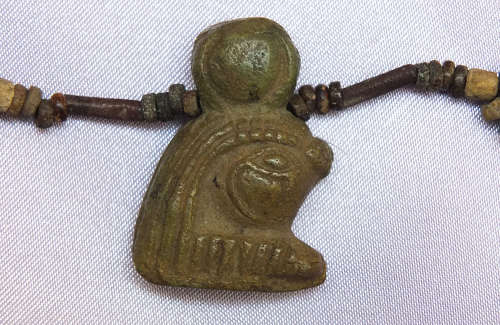 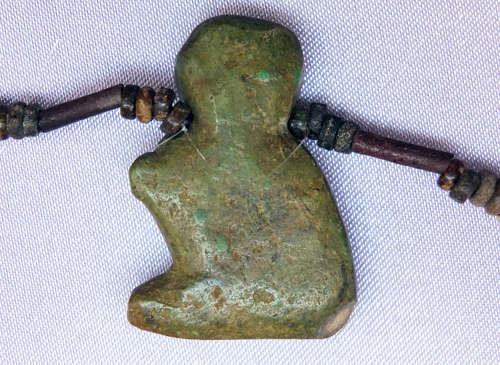 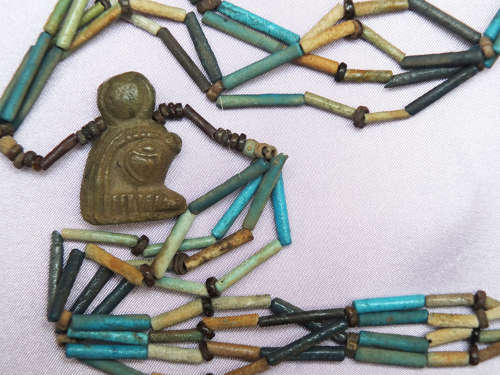 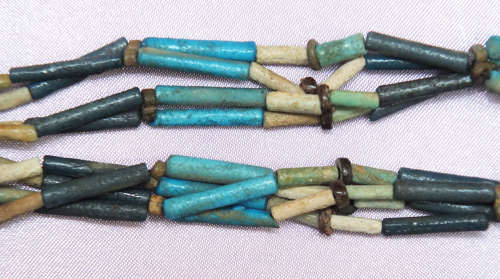 An attractive and unusually long restrung necklace of Egyptian beads

Description: An attractive and unusually long restrung four-stranded necklace of blue, green, grey and white faience beads of long tubular type with interspersed black and grey faience beads of small circular type. The centrepiece is a dark green faience amulet of a falcon head wearing the solar disc with clear moulded details on one side and with a flat back. A small chip to a lower edge corner of the central amulet, otherwise condition good and an impressive assembly.

Provenance: From the collection of Julian Bird (1959-2014) and reputedly acquired at a Bonhams Antiquities sale in 2005, although we have been unable to locate the lot. Stated as formerly part of the contents of the antiques shop, M. Ayres, 31 Museum Street, London, WC1 (in business 1970-1988). The antiquities owned by M. Ayres were acquired in the 1970's and 1980's mostly from London auctions.

Background: Julian Bird was a passionate collector of Egyptian antiquities who built up a fine and extensive collection from the 1970s onwards. He sourced his items mainly from the UK market, from specialist dealers, fairs, markets and auctioneers. He was a model collector, carefully documenting his collection and his notes on this particular item will be supplied to the buyer.