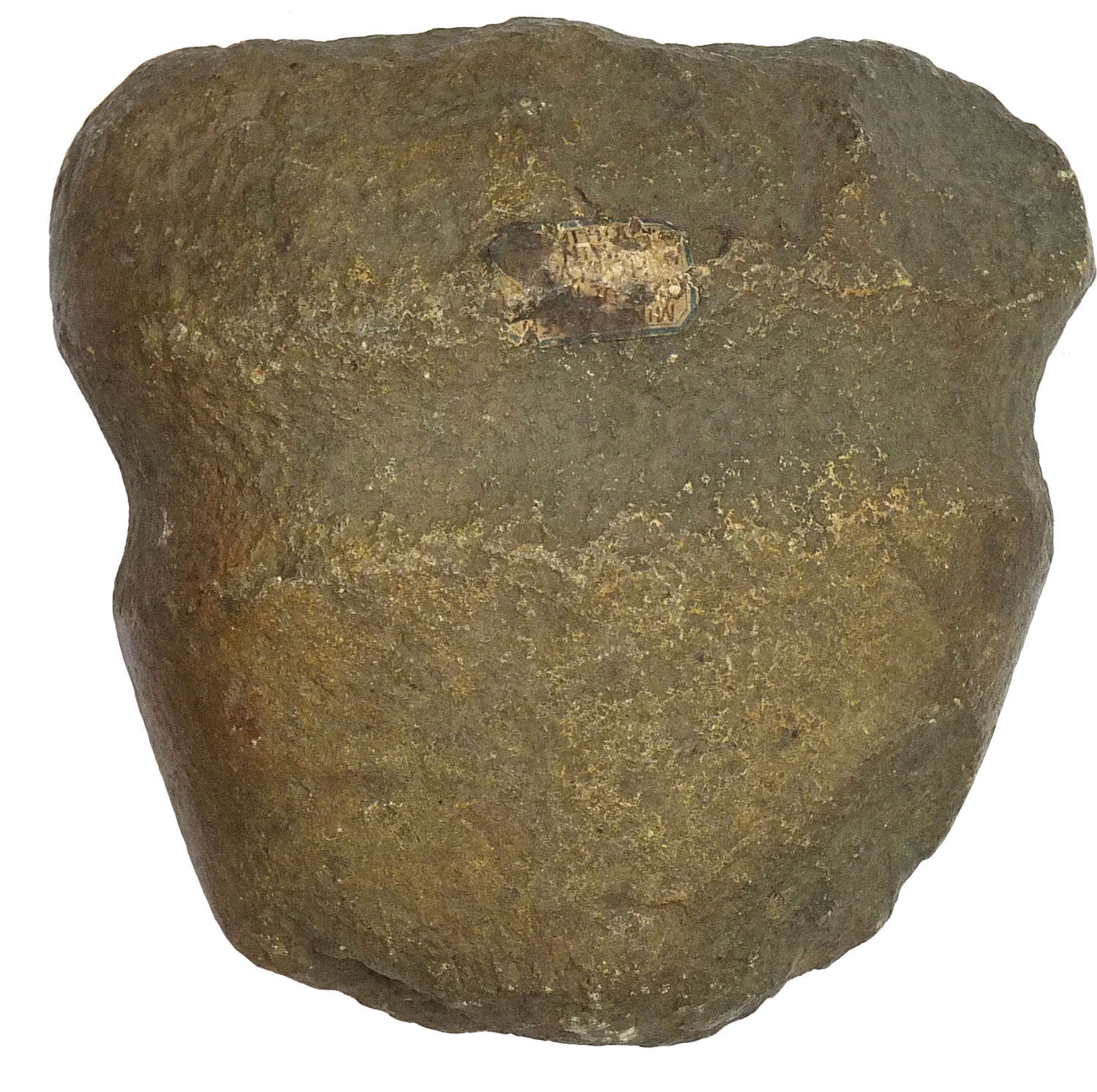 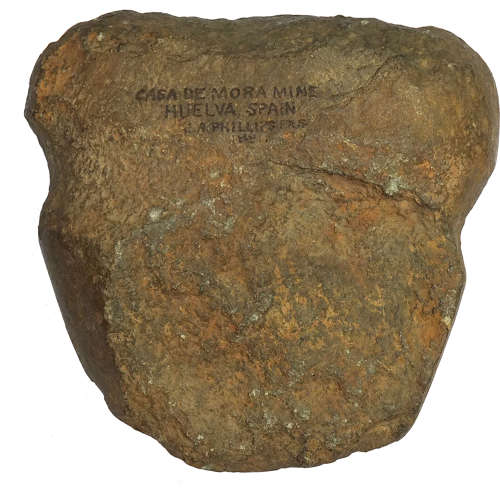 Description: A large broad grooved grey stone ground axe hammer, the cutting edge chipped, a large shallow chip or chips causing widespread damage on one side, and extensive percussion marks on the butt. A worn paper label on one side and ink text on the other reading 'Casa de Mora Mine, Huelva, Spain, J.A. Phillips, F.R.S. 1885'.

Background: John Arthur Phillips F.R.S. (1822–1887) was a British geologist, metallurgist and mining engineer. Trained in Paris, he returned to England to advise the Navy and set himself up as a mining engineer and consultant metallurgist in London. From 1848-1850 he was Professor of Metallurgy at the College for Civil Engineers in Putney and in his later years lectured at the Royal Naval College, Greenwich. He travelled extensively in Europe, North Africa and California. He published a number of scientific papers on the microscopic structure of minerals and rocks, mining and metallurgy. He took out patents for improvements in metal production and refining and is notable as one of the first geologists to use a polarising microscope to study rock and mineral structure. Besides his scientific studies, he worked extensively in the mining industry, at one time managing and developing the Widnes Metal Company, which made him a wealthy man.

Notes: Huelva province in Andalucia, Spain, has extensive mineral deposits that have been exploited since prehistoric times. In the late 19th Century, mines in Huelva were the world's leading copper producers, and there was substantial British investment and involvement. It seems likely that the present example was found in prehistoric mine workings and presented to Phillips either during a visit or as a token for his investment and expertise.

Grooved axes are typically thought of as characteristic North American artefacts due to their abundance in the USA from the Early Archaic period to the time of European contact, but they are found from prehistoric contexts all over the world, and seem to have been widely used as early mining tools in Europe.

A rare opportunity to acquire a well-used early mining tool with excellent provenance.