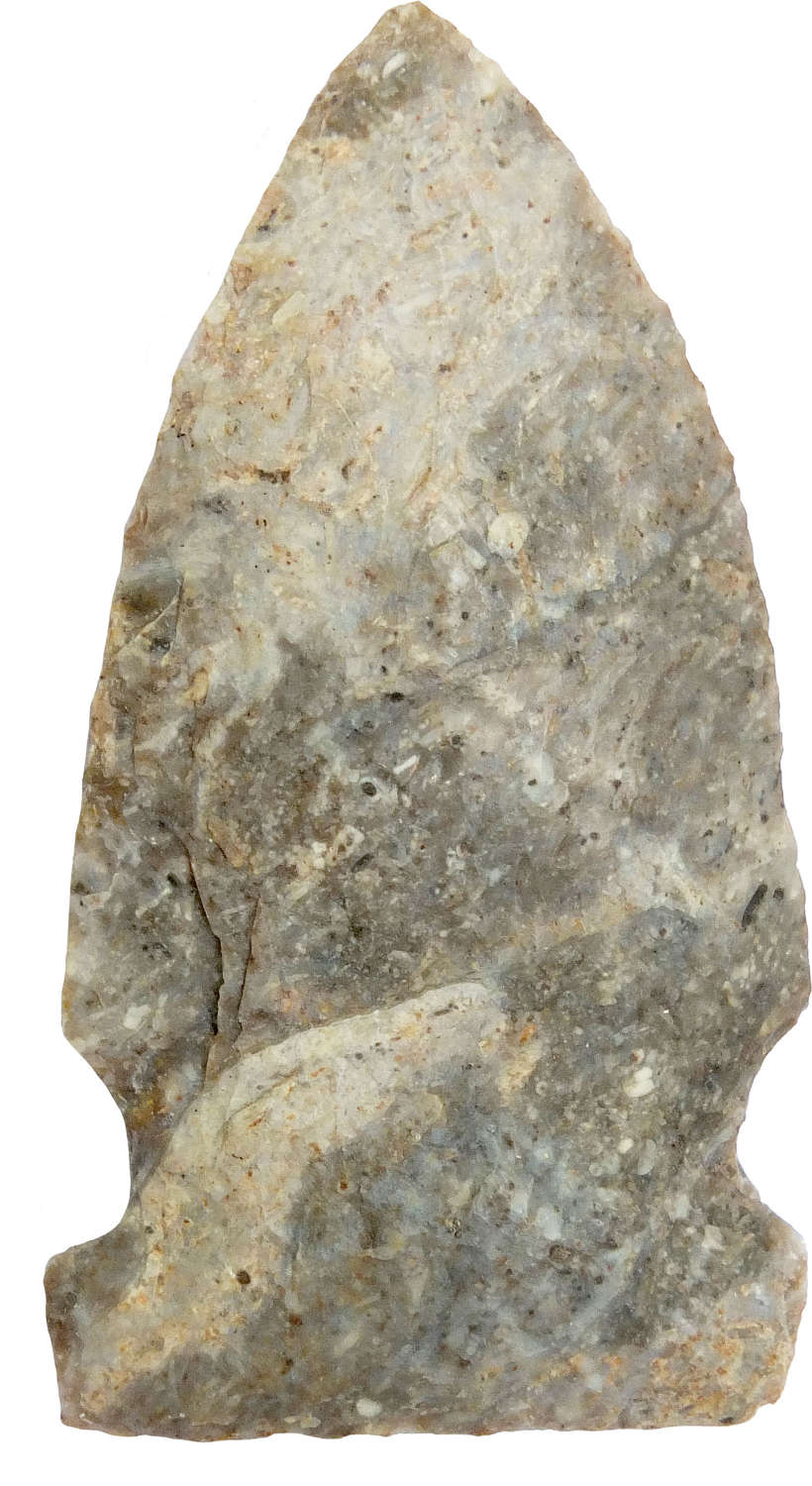 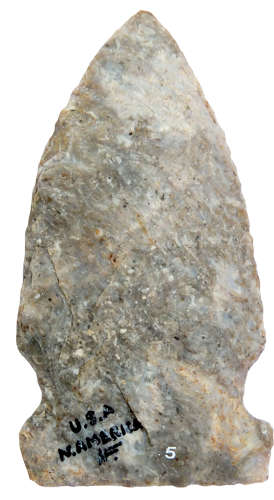 Description: A mottled grey quartzite side-notched point with straight base and sub-triangular in form. A nice example of the type.

Points like this would have been used to tip spears and darts thrown using atlatls (spear throwers). In North America, the best evidence suggests that bows and arrows were not introduced until about 1400 years B.P.