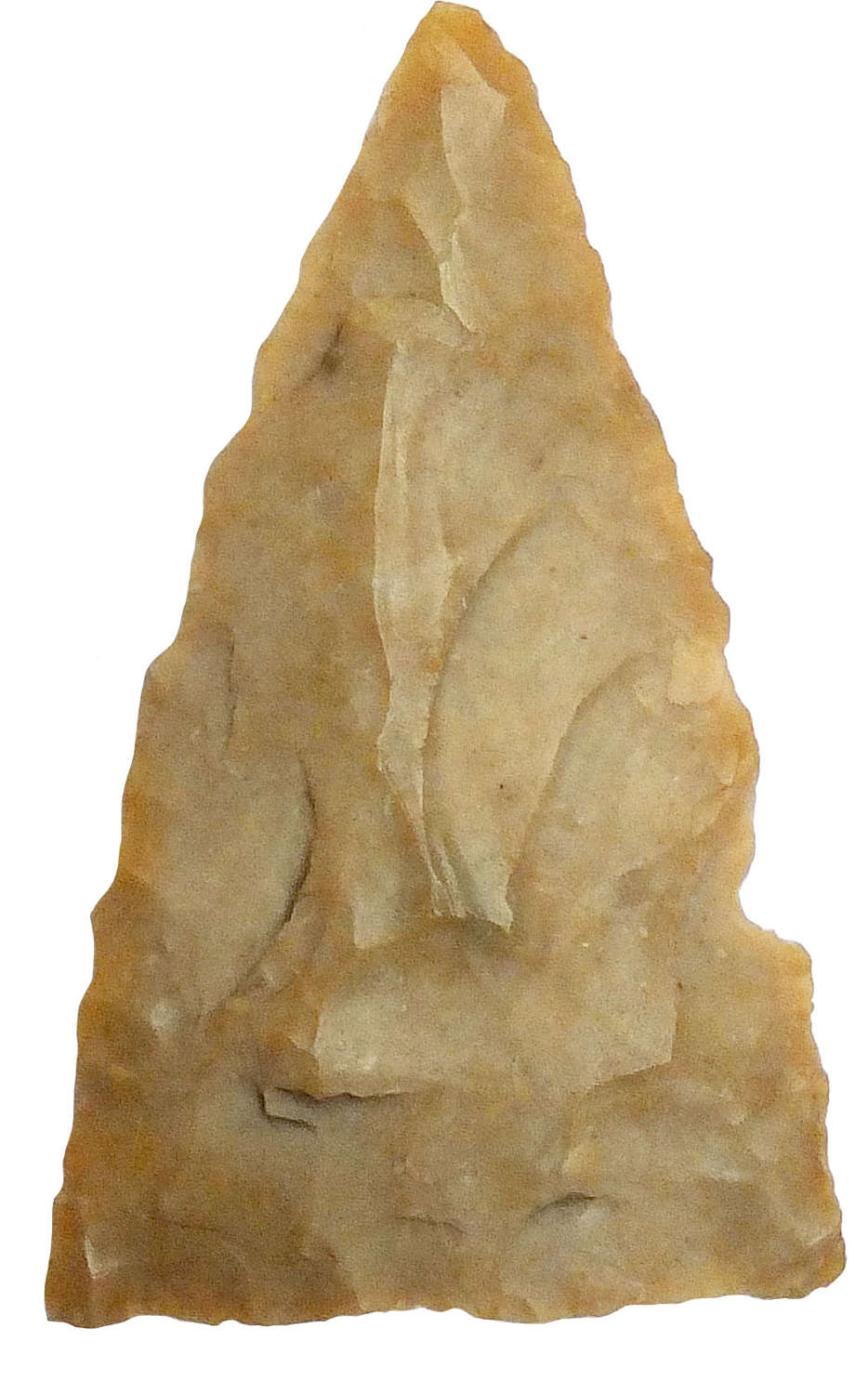 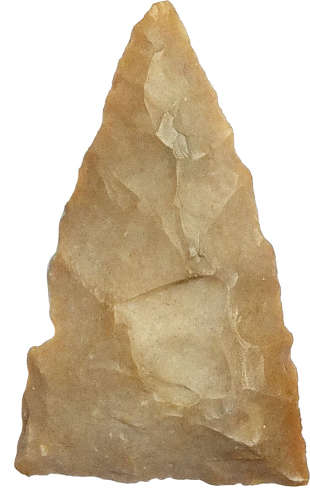 Description: A triangular fawn flint arrowhead with a flat base and a nice symmetrical example, an edge chip otherwise condition good.

Provenance: From a Sussex private estate.

Notes: Triangular-shaped arrowheads are one of the most common projectile point shapes and are found in a variety of cultures. They are also one of the most enduring forms and form the basis for many other arrowhead types. They are found in Japan in the Jomon Period as early as 7000 B.C. and in North America were being made as late as the 1700's A.D. They are found on Neolithic sites in North Africa as early as 5000 B.C. and from Switzerland's Mid Neolithic lake dwellings dating to 4000 B.C. to name a few occurrences.