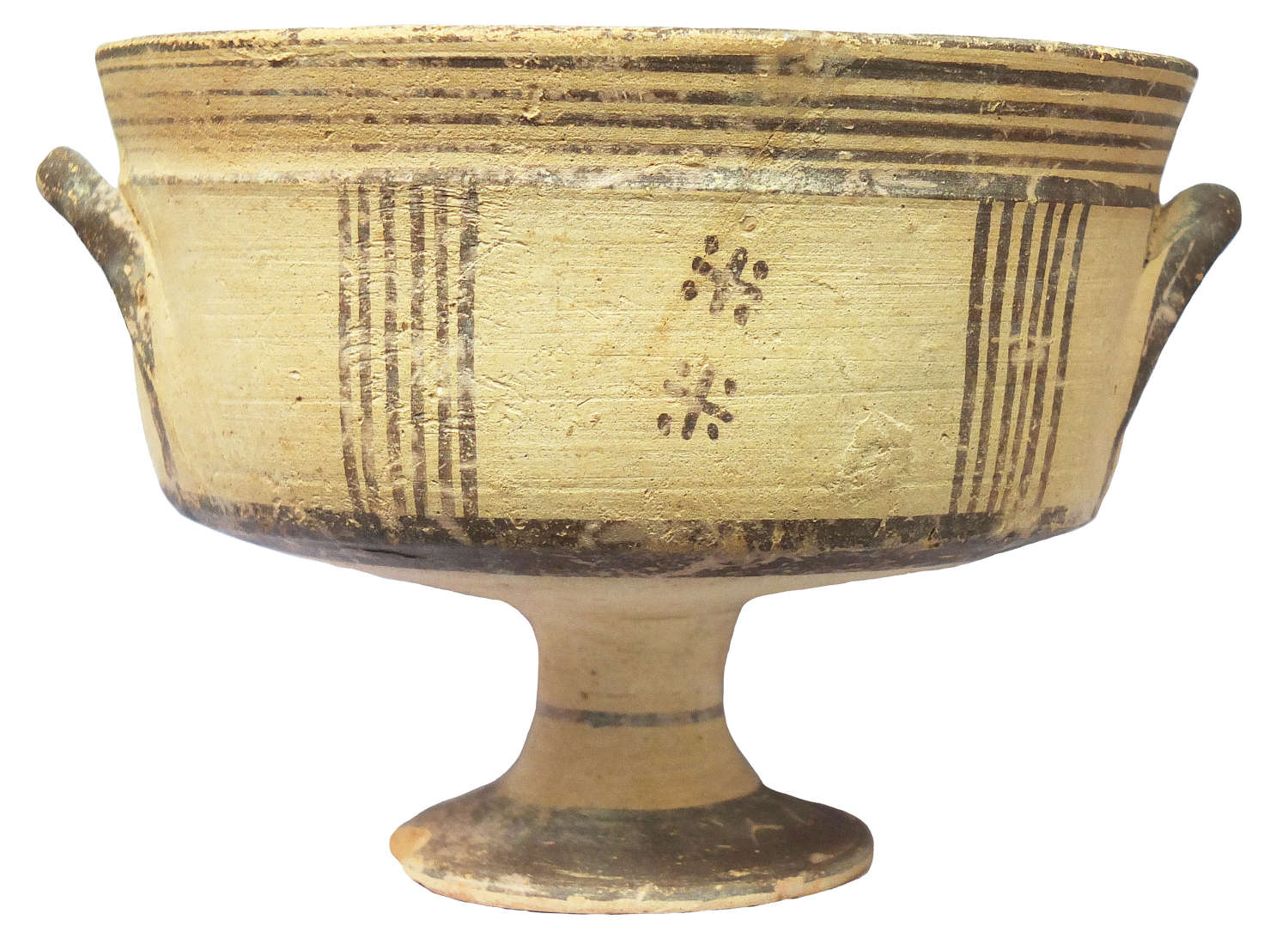 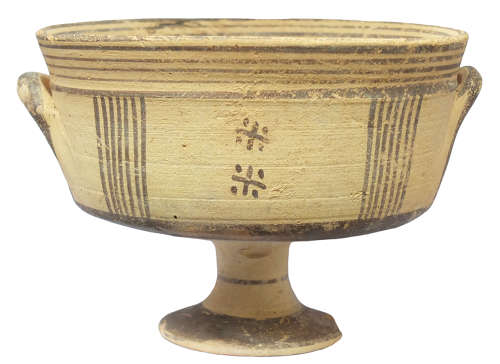 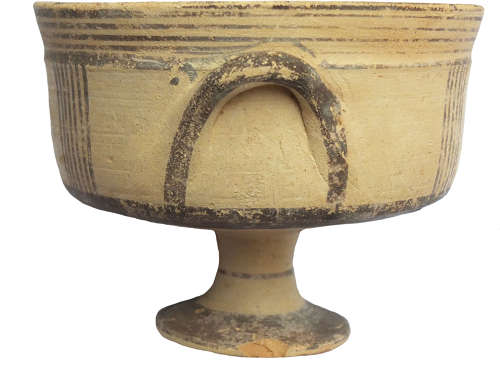 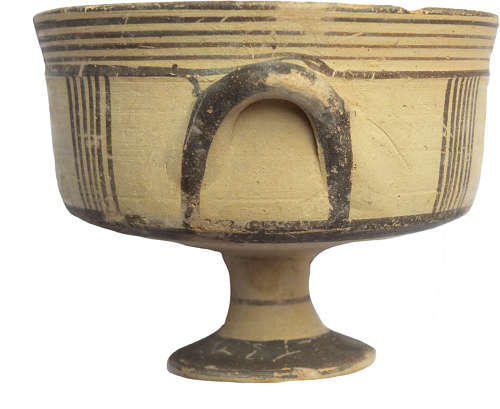 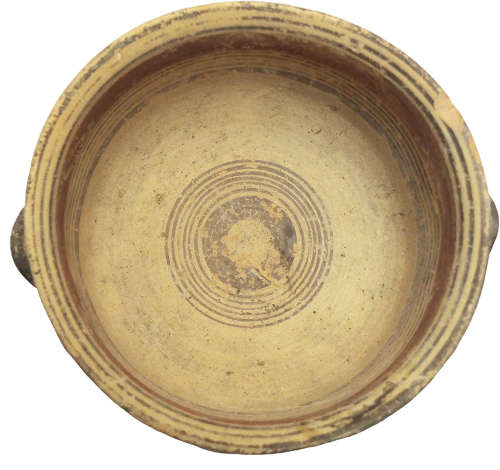 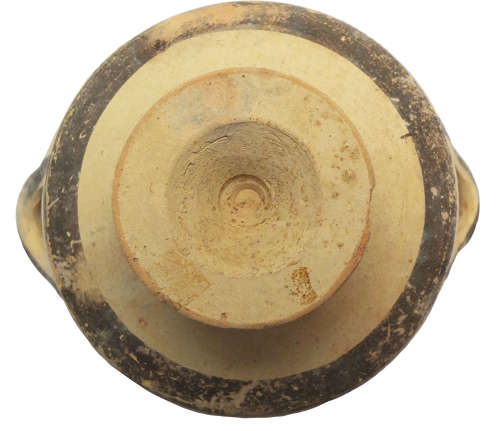 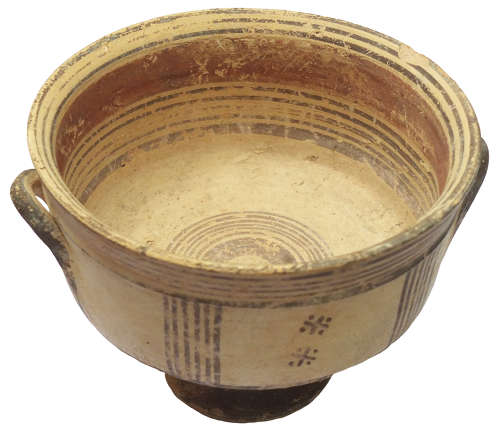 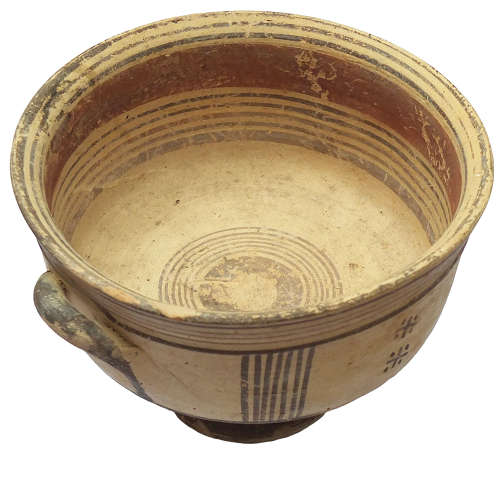 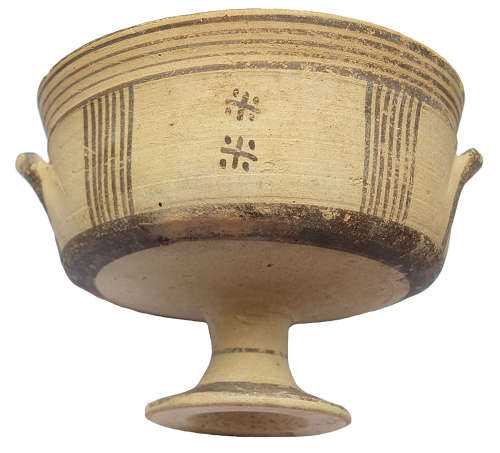 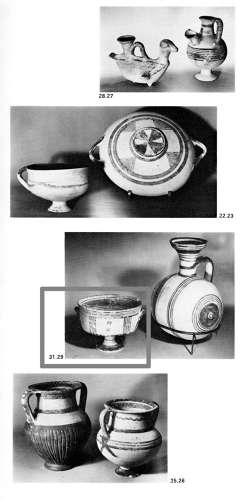 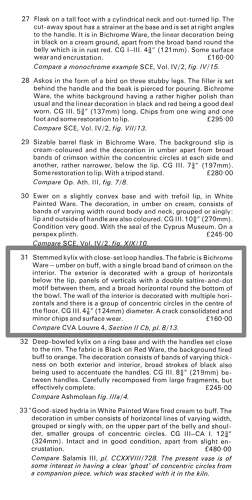 Description: A Bichrome Ware stemmed chalice with two small loop handles set close to the wall of the bowl and with a pedestal base. The applied geometric decoration in umber on a cream ground. The exterior is decorated by a series of horizontal bands below the rim with groups of vertical lines delineating panels containing pairs of cross-and-dot motifs and with a broad umber band around the base of the bowl. The wall of the interior decorated by a broad red band below the rim with thinner parallel umber bands above and below. A round umber band and concentric circles in the centre of the bowl. A chip to the rim and the base, and patchy wear to the decoration, otherwise condition good and a nice example.

Provenance: Previously with Charles Ede Ltd., Brook Street, London, in 1980, then part of an extraordinary and extensive collection of ancient, Asian and modern art and luxury items assembled from the 1970s to the early 2000s by a buyer believed to have been from the Middle East, after which it was warehoused for nearly 20 years. The collection is believed to have been assembled as an investment.