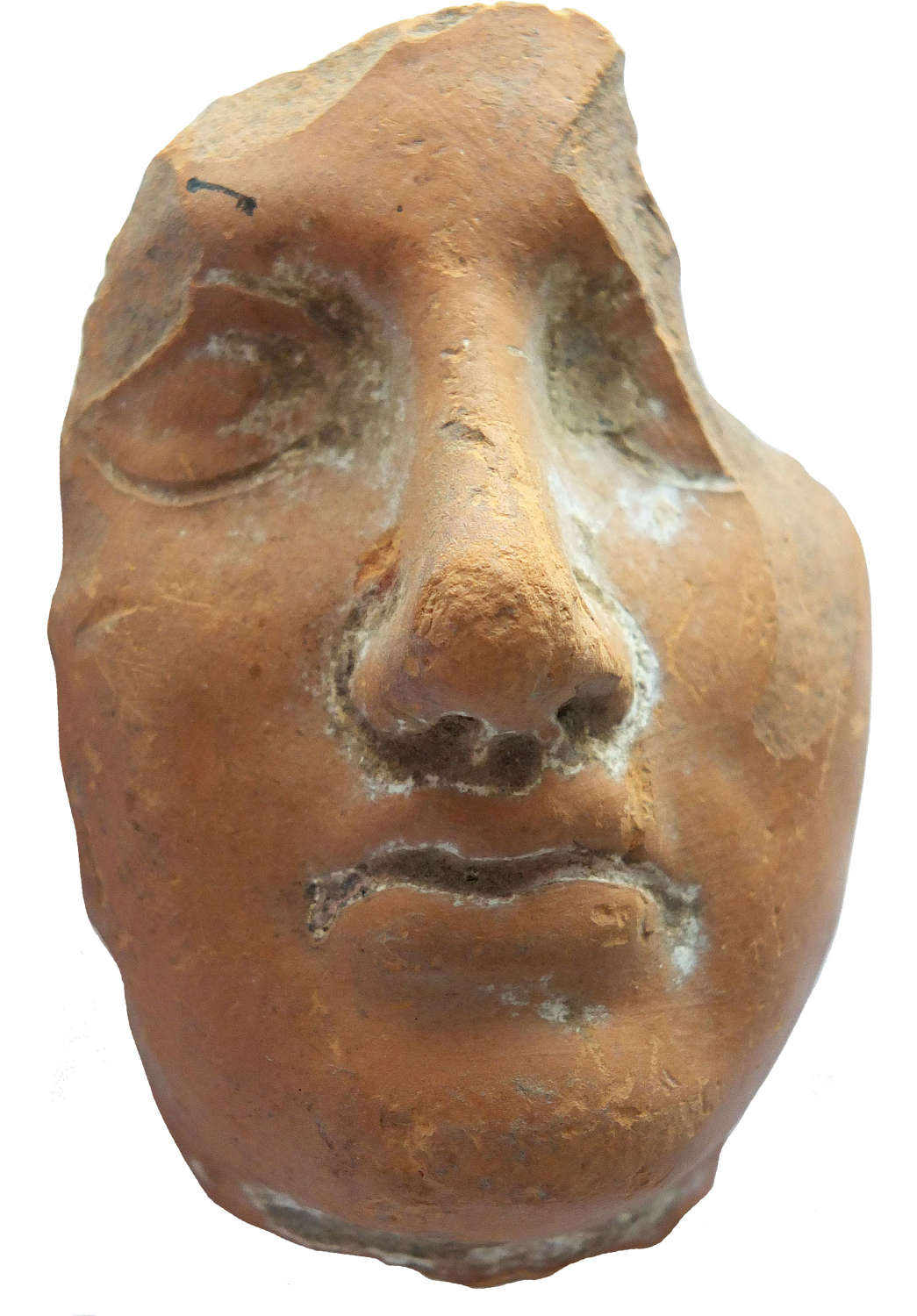 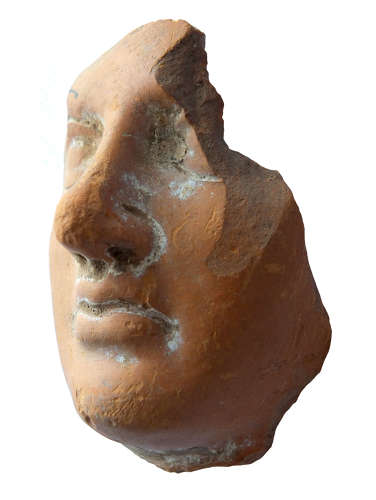 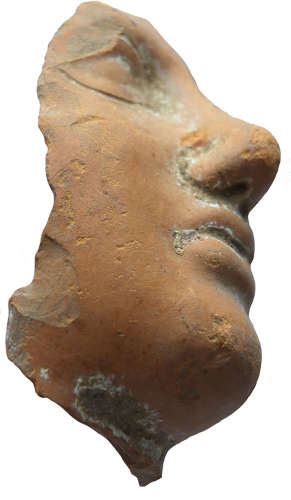 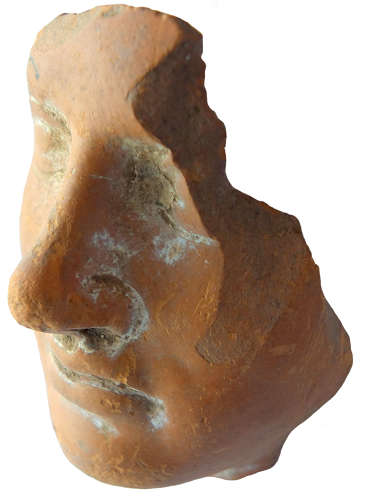 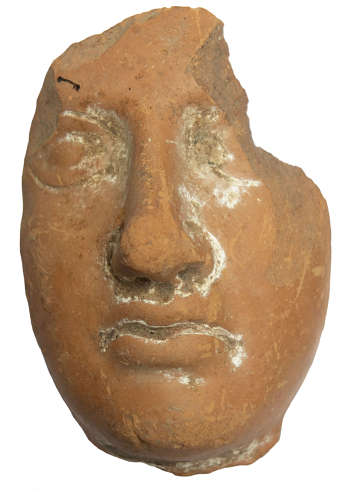 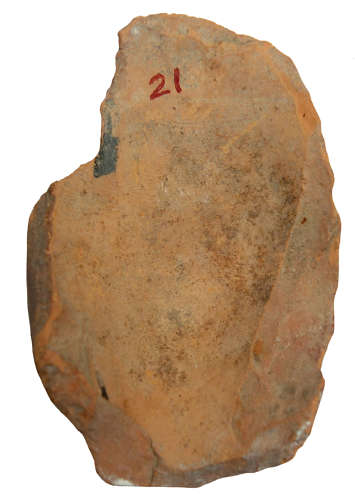 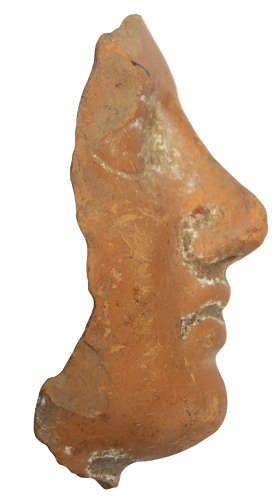 A facial fragment from a large Hellenistic terracotta figure

Description: A reddish brown facial fragment from a large terracotta figure, the eyes, nose and lips well-preserved although the break affects the left eye. Some whitish encrustation and some minor abrasion to the chin and nose, some scratches and minor pitting to the cheeks and marginal chips.

Background: Jerzy Roman ‘George’ Lambor (1927-1997) was born in Poland but left the country in 1939, first going to France as a refugee, and then when France was overrun he made it to Britain. His father Dr Henryk Lambor remained in Poland and joined the resistance but was betrayed and executed. Lambor, fascinated by antiquities from childhood, originally planned to become an archaeologist, but his father’s death forced him to change his plans in order to support his family. A variety of occupations followed, from journalism on a Polish-language newspaper, to being a stage manager in a touring theatrical company, he also worked as a door-to-door salesman and in a sawmill. In the mid-sixties he and his wife settled in Brighton where he achieved a long-held ambition opening an antiquities gallery. Later he opened a second in the Chenil Galleries in Chelsea. His involvement in the antiquities trade led him to found the Antiquities Dealers Association (ADA) in 1982 which established a strict code of conduct for professional dealers and remains to this day the premier trade association for British antiquities dealers. Another of Lambor’s projects was a campaign to establish a register of antiquities in private hands to confirm provenance and licit ownership. However support never really materialised to further this worthy cause.  He also felt passionately that the often antagonistic parties involved in antiquities should be bought together and in 1991 he founded the Antiquities Liaison Group as a forum for academic and amateur bodies. In 1986 Lambor launched an antiquities magazine aimed not only at collectors but for everyone interested in the ancient world. First called Agora Magazine and initially aimed at his Brighton gallery clients, it was renamed Ancient in 1987 and ran to 67 issues gaining worldwide readership, but sadly ceased publication in 1999. Still the best magazine for collectors, copies of Ancient magazine can sometimes be found on eBay and are well worth seeking out.