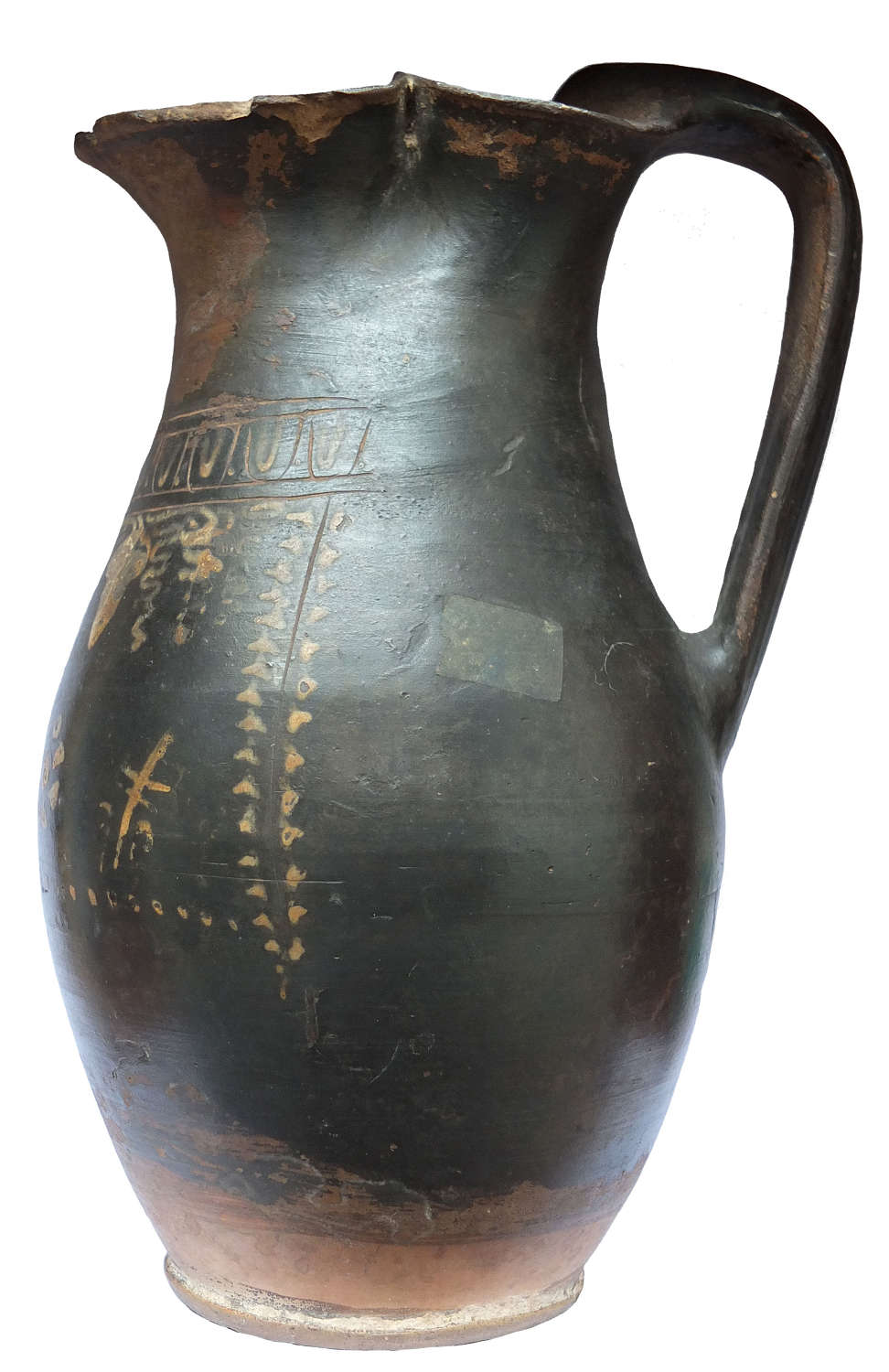 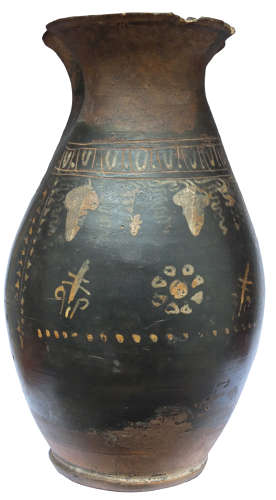 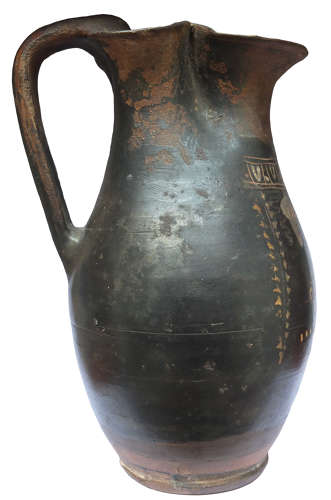 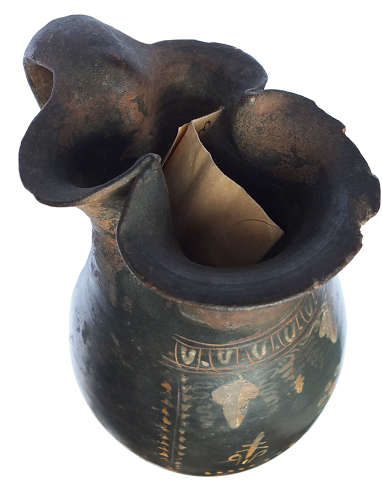 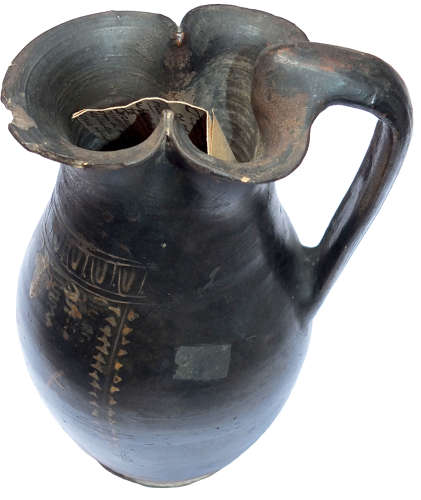 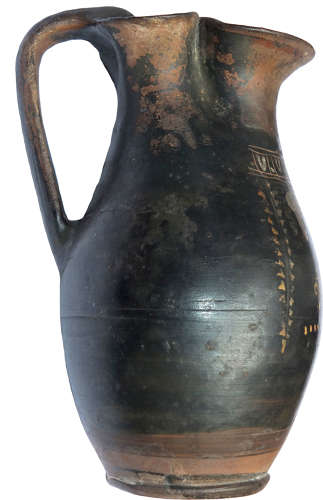 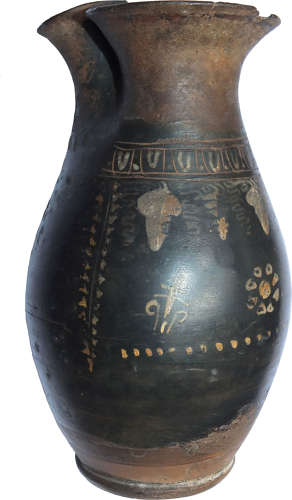 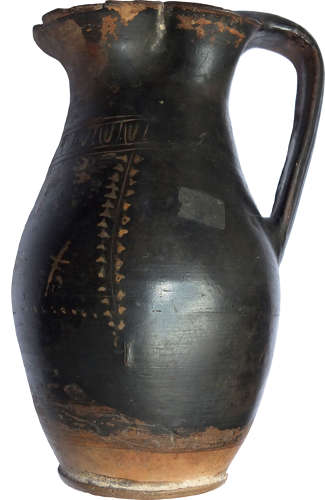 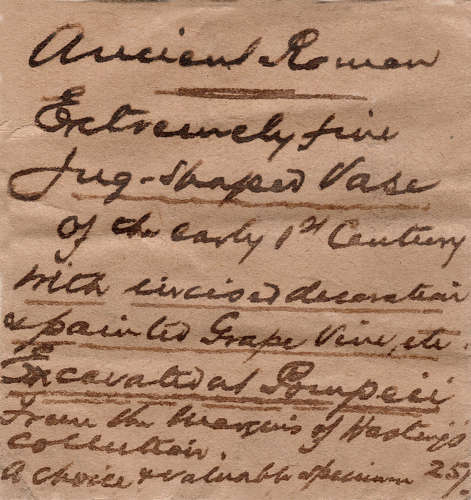 Description: A Gnathia Ware black glazed oinochoe with trefoil lip and vine leaf and tendril decoration in white within a frontal panel with a rosette and other symbols in the field, and with a reserved band above the base. Some chips to the rim and patchy wear to the black glaze particularly below the rim, and the white colour with a dirty patina, but a nice old collection piece. Supplied with a late 19th to early 20th Century hand-written dealers label which states the vessel was excavated at Pompeii (also marked so on the base) and from the Marquis of Hastings Collection, describing the vessel as ‘a choice and valuable specimen’ priced at 25 shillings.

Provenance: Previously part of an extraordinary and extensive collection of ancient, Asian and modern art and luxury items assembled from the 1970s to the early 2000s by a buyer believed to be from the Middle East, after which it was warehoused for nearly 20 years. The collection is believed to have been assembled as an investment. There have been four Marquis of Hastings and the title was current between 1816 and 1868 when the title became extinct. This suggests an early to mid 19th Century provenance.