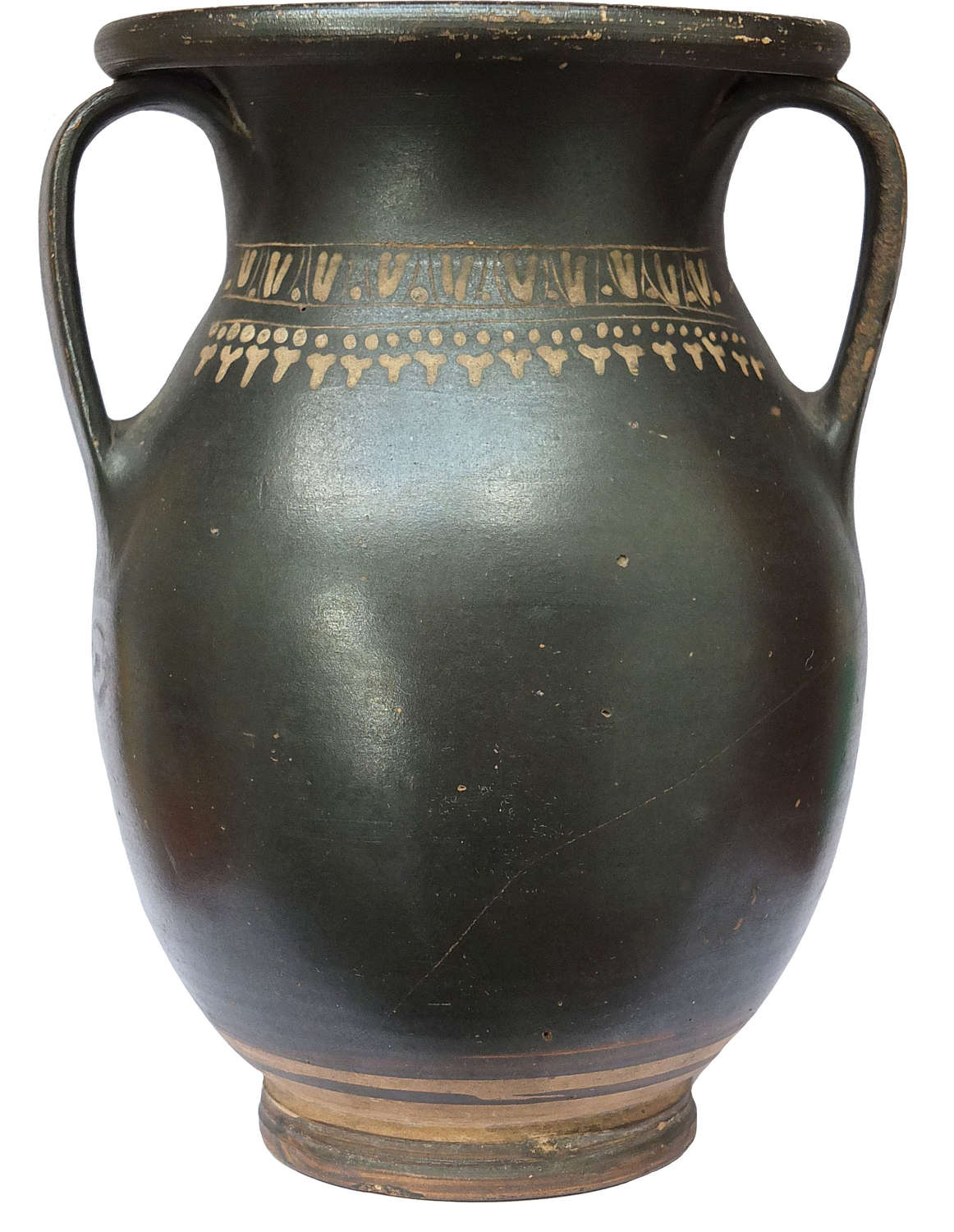 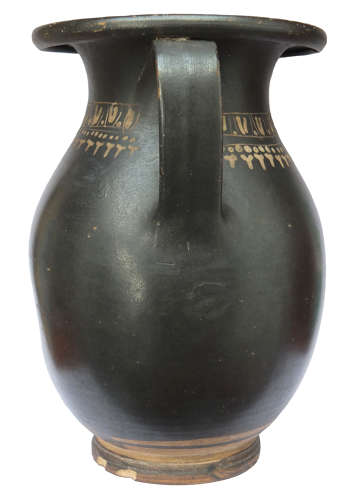 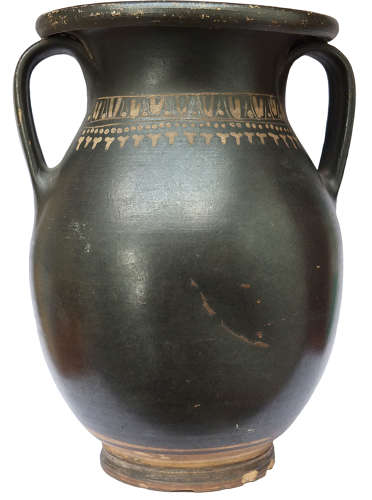 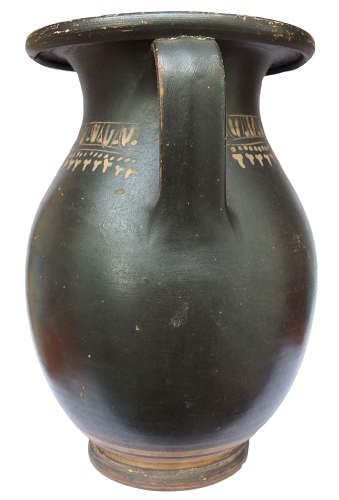 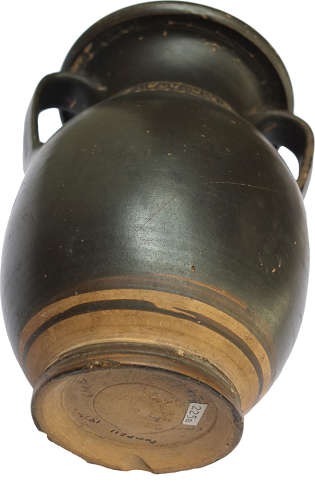 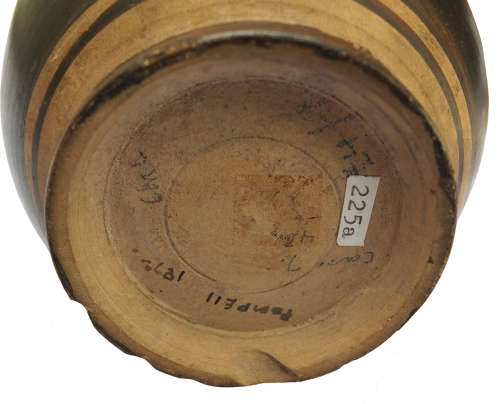 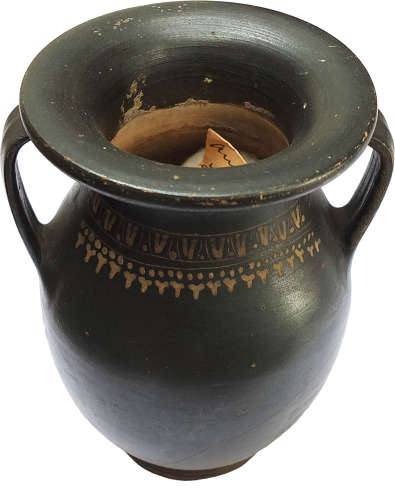 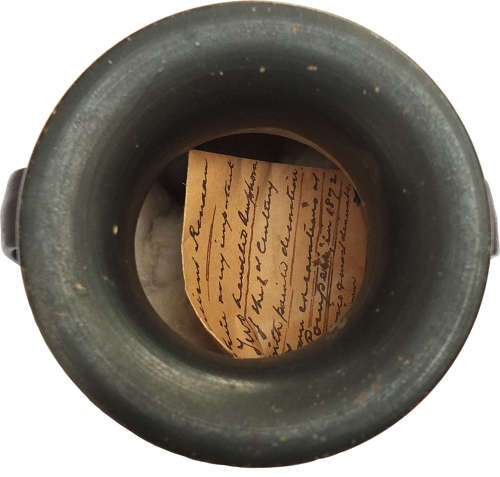 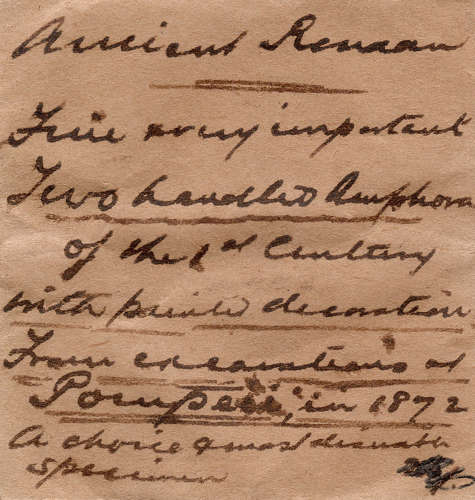 Description: A Gnathia Ware black glazed twin-handled olpe with added decoration in white around the neck area comprising three rows of vine leaves, dots and ovolo. A reserved band above the circular pad base. A slight indentation to the bowl on one side, some minor surface marks and small chips to the base, otherwise condition good and a nice example. Supplied with a late 19th to early 20th Century hand-written dealers label which states the vessel was excavated at Pompeii in 1872 (also marked so on the base).

Provenance: Previously part of an extraordinary and extensive collection of ancient, Asian and modern art and luxury items assembled from the 1970s to the early 2000s by a buyer believed to be from the Middle East, after which it was warehoused for nearly 20 years. The collection is believed to have been assembled as an investment.