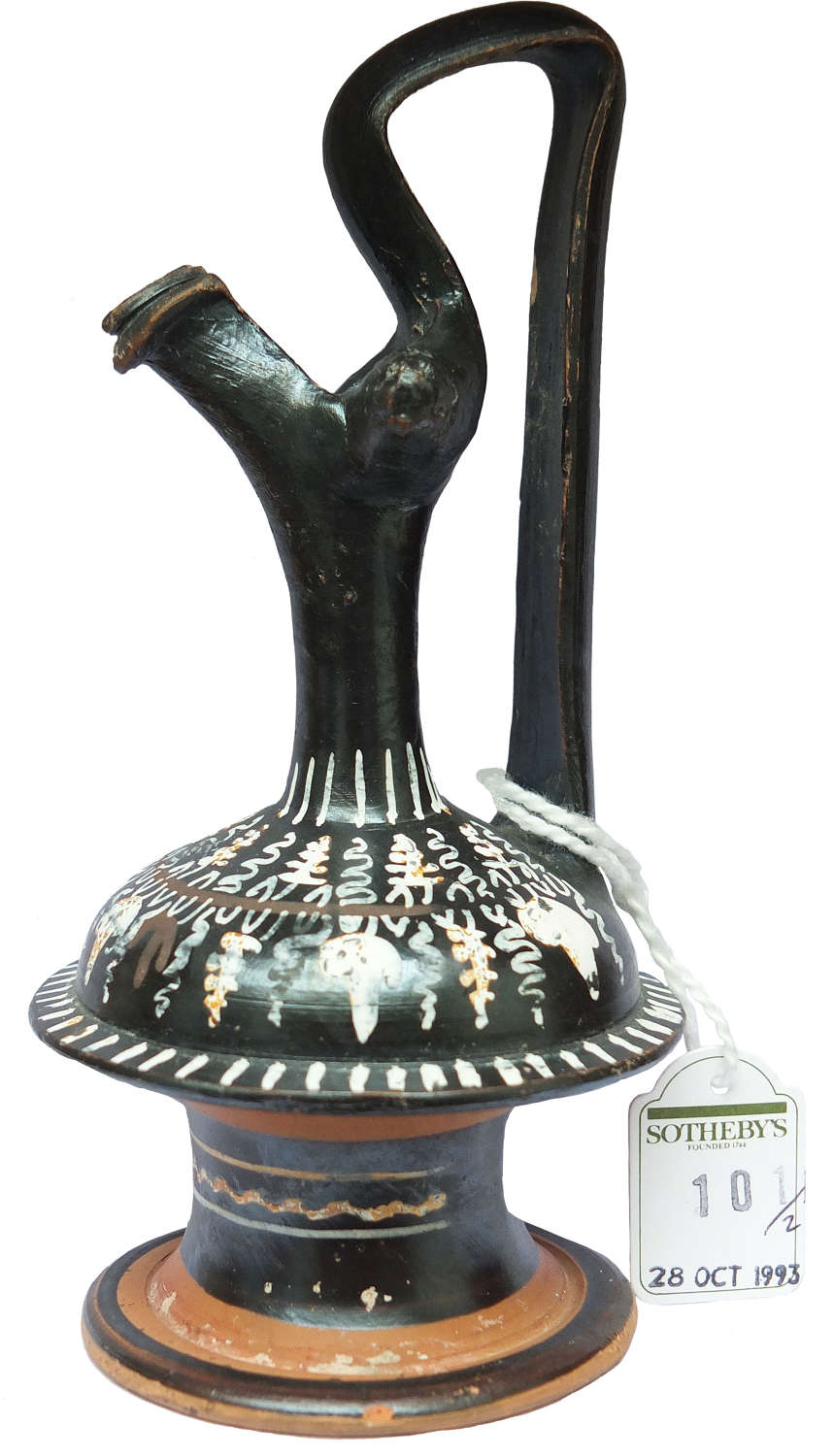 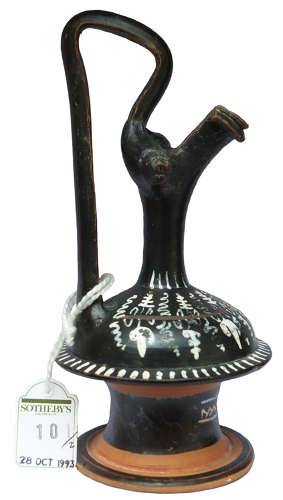 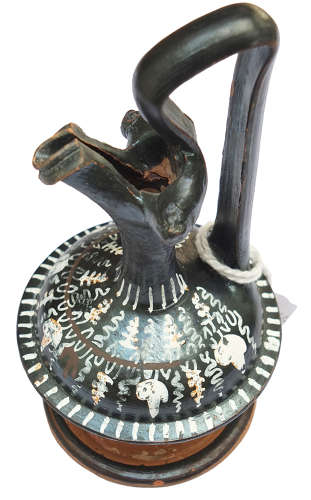 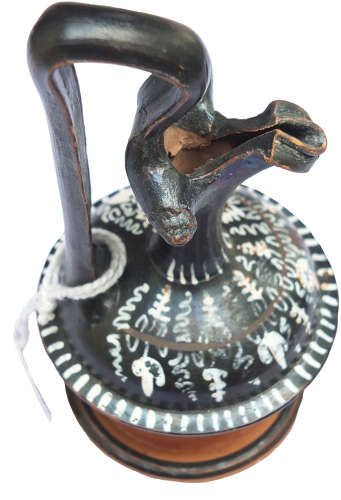 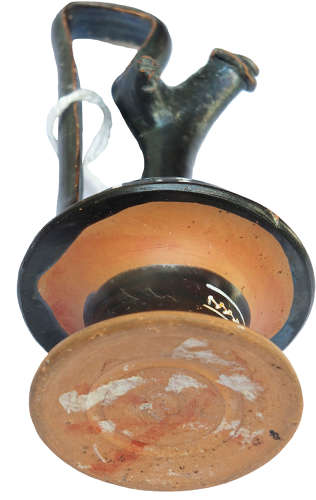 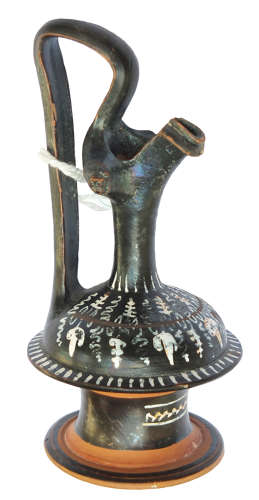 Description: A small Gnathia Ware epichysis with reel-shaped body and moulded masks at either side of the channel spout, with a high arched handle, the rounded shoulder decorated with vine tendrils and a band of strokes in white. Some minor patchy wear to the decoration and a small chip to the handle and base, otherwise in very good condition and a charming example.

Provenance: Part of Lot 101, Sotheby’s Antiquities, Islamic, Indian and South-East Asian Art Sale, The Colonnade Galleries, New Bond Street, London, 28 October 1993 (label attached). Afterwards part of an extraordinary and extensive collection of ancient, Asian and modern art and luxury items assembled from the 1970s to the early 2000s by a buyer believed to have been from the Middle East, after which it was warehoused for nearly 20 years. The collection is believed to have been assembled as an investment.

Arguably one of the most graceful of the Greek South Italian forms.