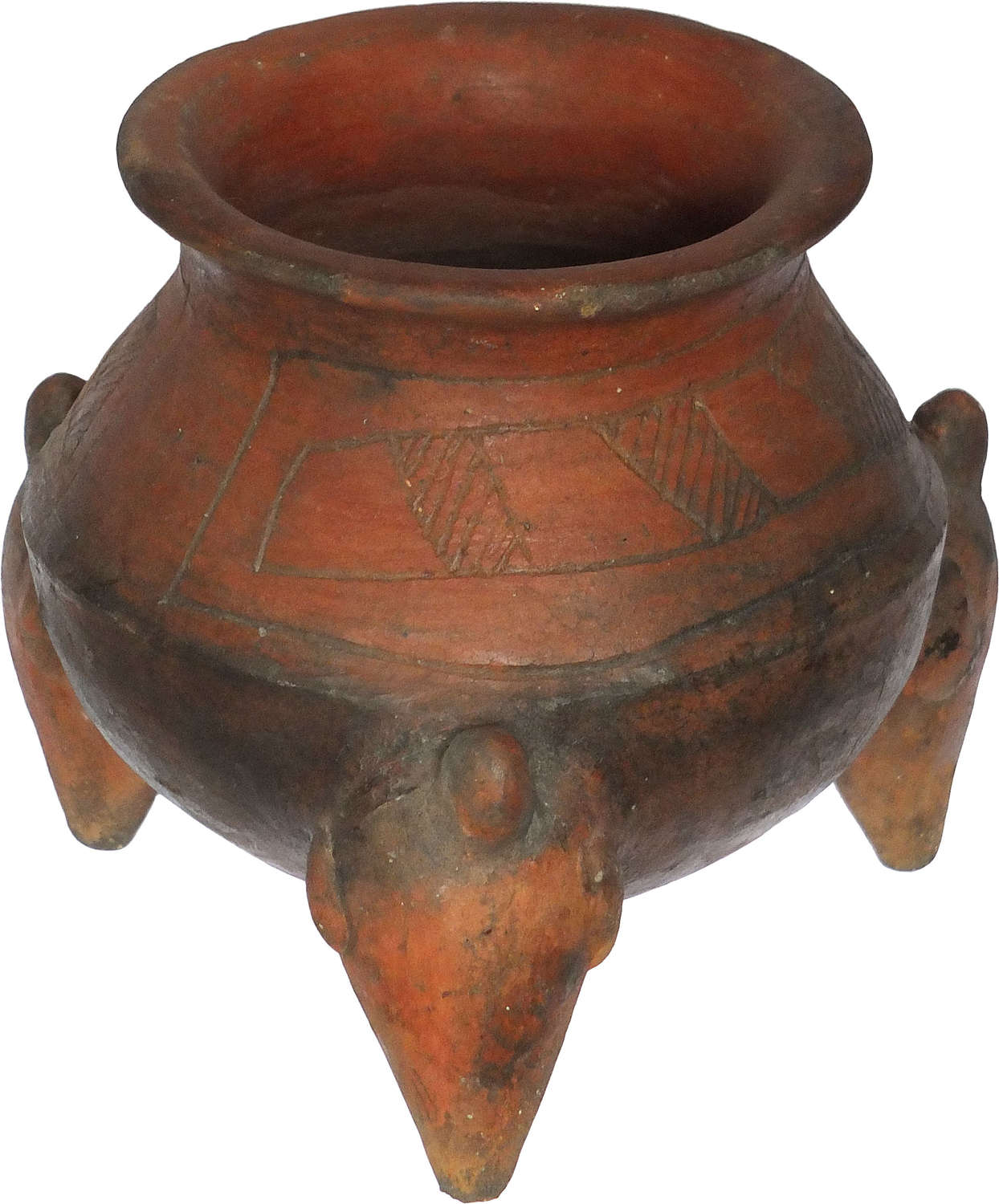 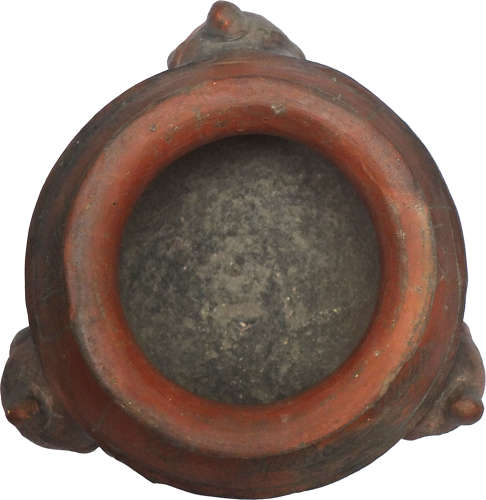 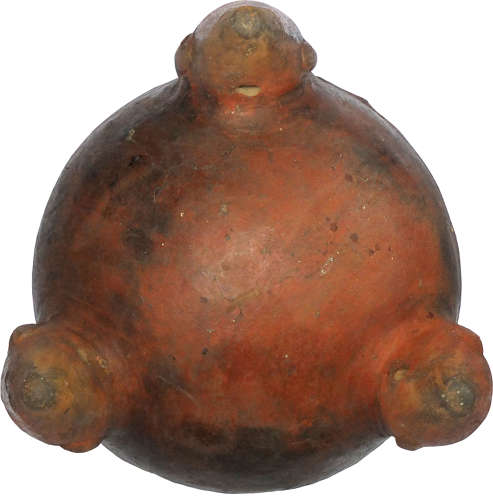 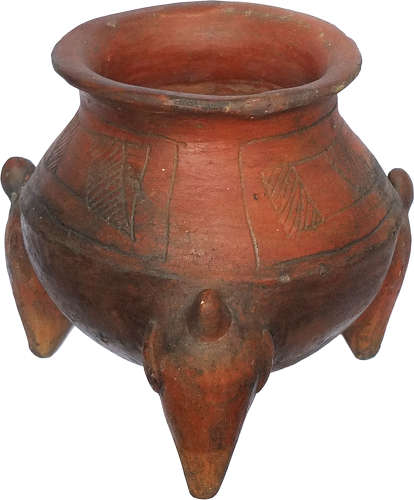 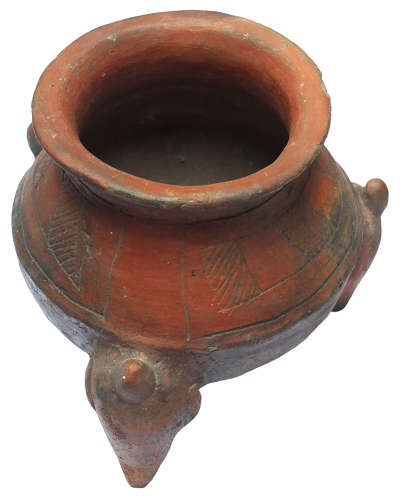 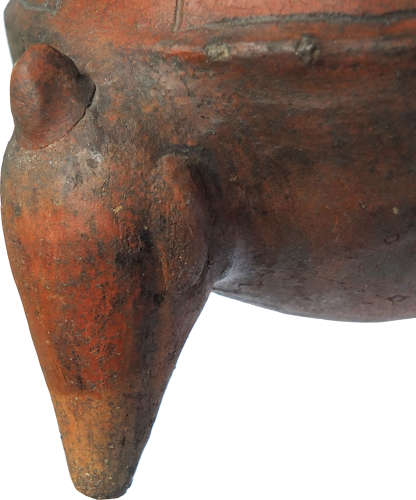 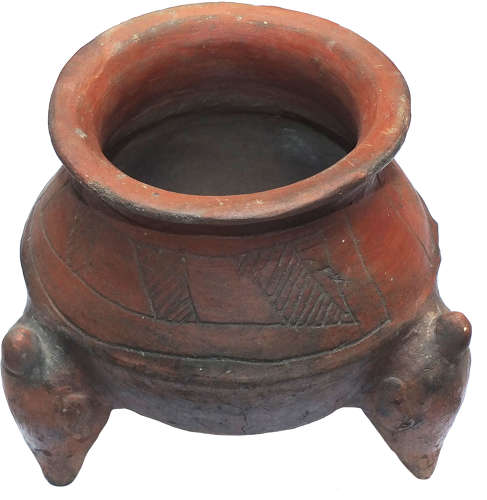 Description: An orange terracotta brown-slipped tripod vessel comprising a carinated bowl with three hollow zoomorphic rattle feet modelled as coatimundis heads. The upper bowl decorated with incised panels with alternate panels decorated with closely-spaced oblique strokes. Some small chips to the rim and patchy darker staining and some cracks to the lower bowl but sound and possibly with some minor restoration to the feet.