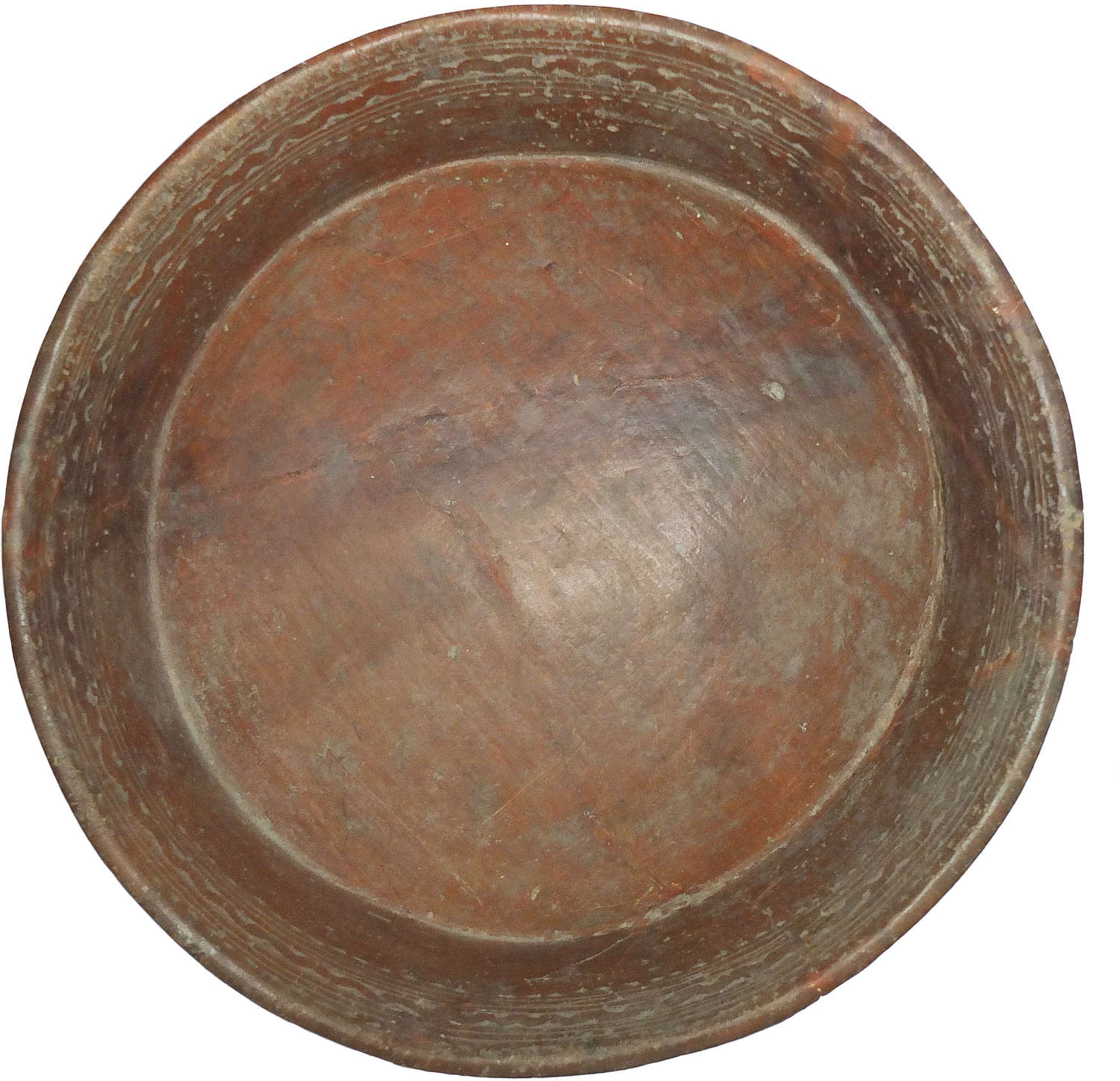 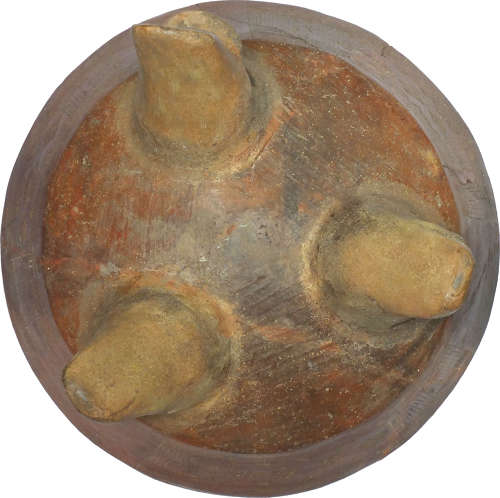 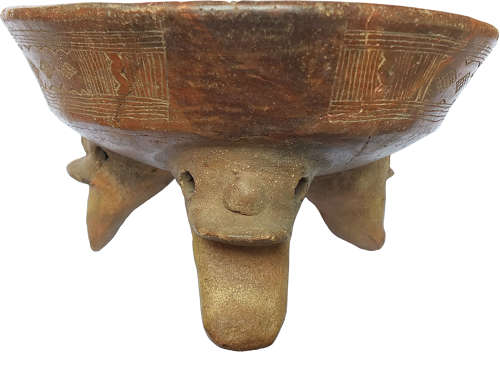 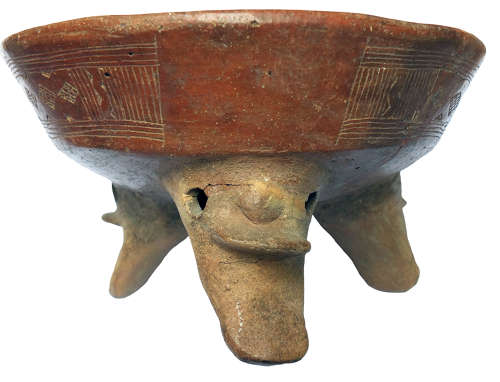 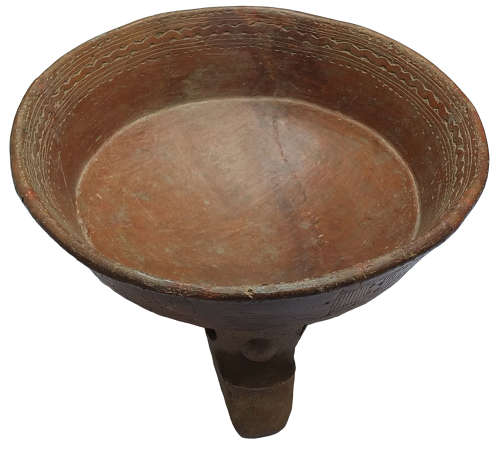 Description: A good-sized brown-slipped terracotta tripod bowl with stylised zoomorphic rattle feet. The exterior of the bowl with incised geometric panels below the rim and the inside of the rim decorated by a parallel series of incised lines, dots and a wavy band. Recomposed from fragments with some restoration, some small chips to the rim and minor surface wear, but sound, Chocolate Ware, probably from the Costa Rican Central Highlands.