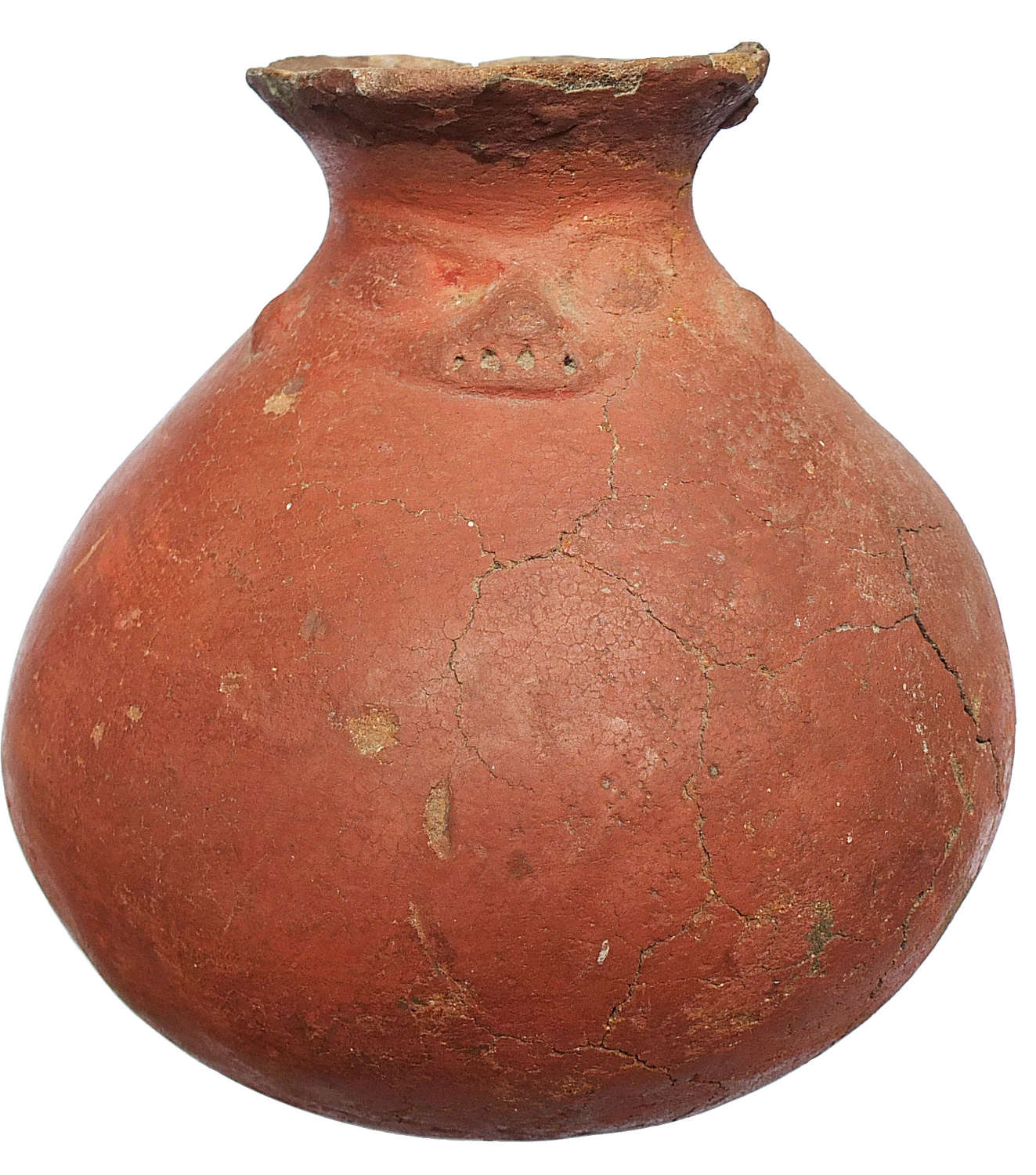 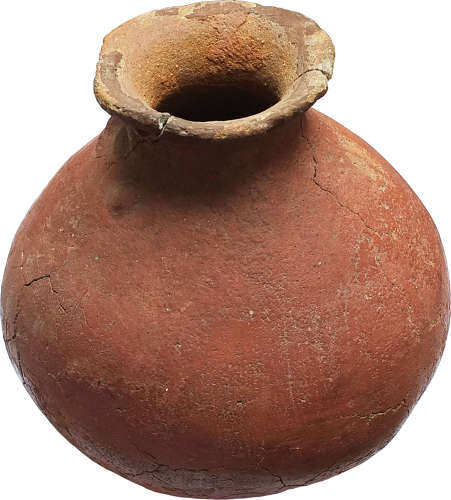 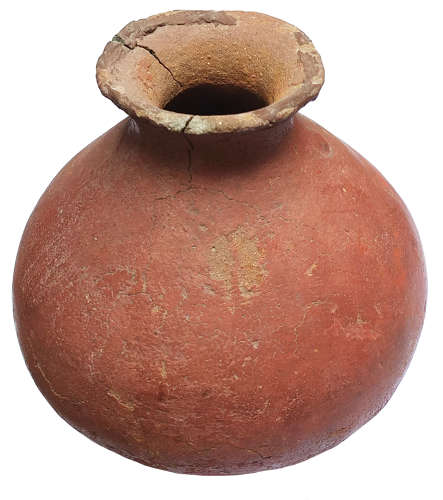 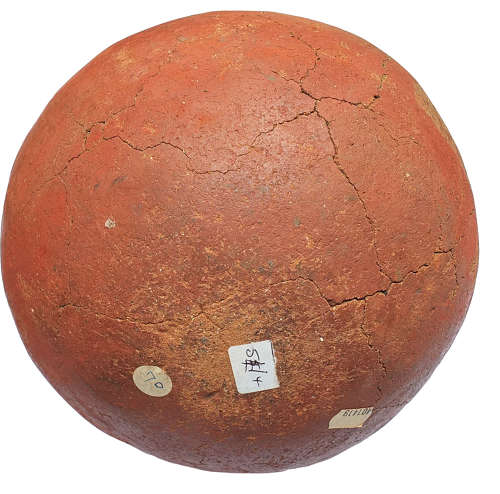 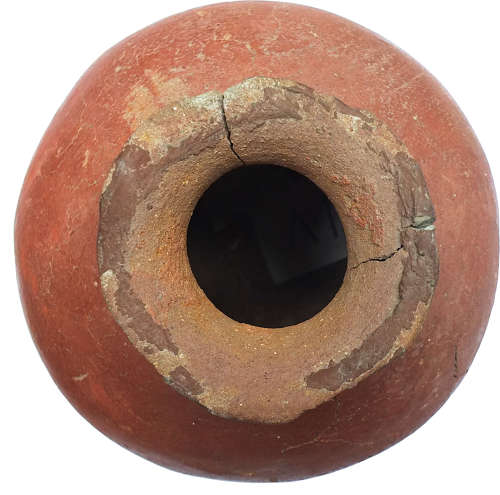 Description: A large red-slipped terracotta baluster vessel with out-turned lip and a stylised face with bulbous eyes modelled below the neck.  Chips to the rim and with extensive cracking to the exterior, but sound and a substantial heavy vessel.

Supplied with a perspex ring base for stable display.