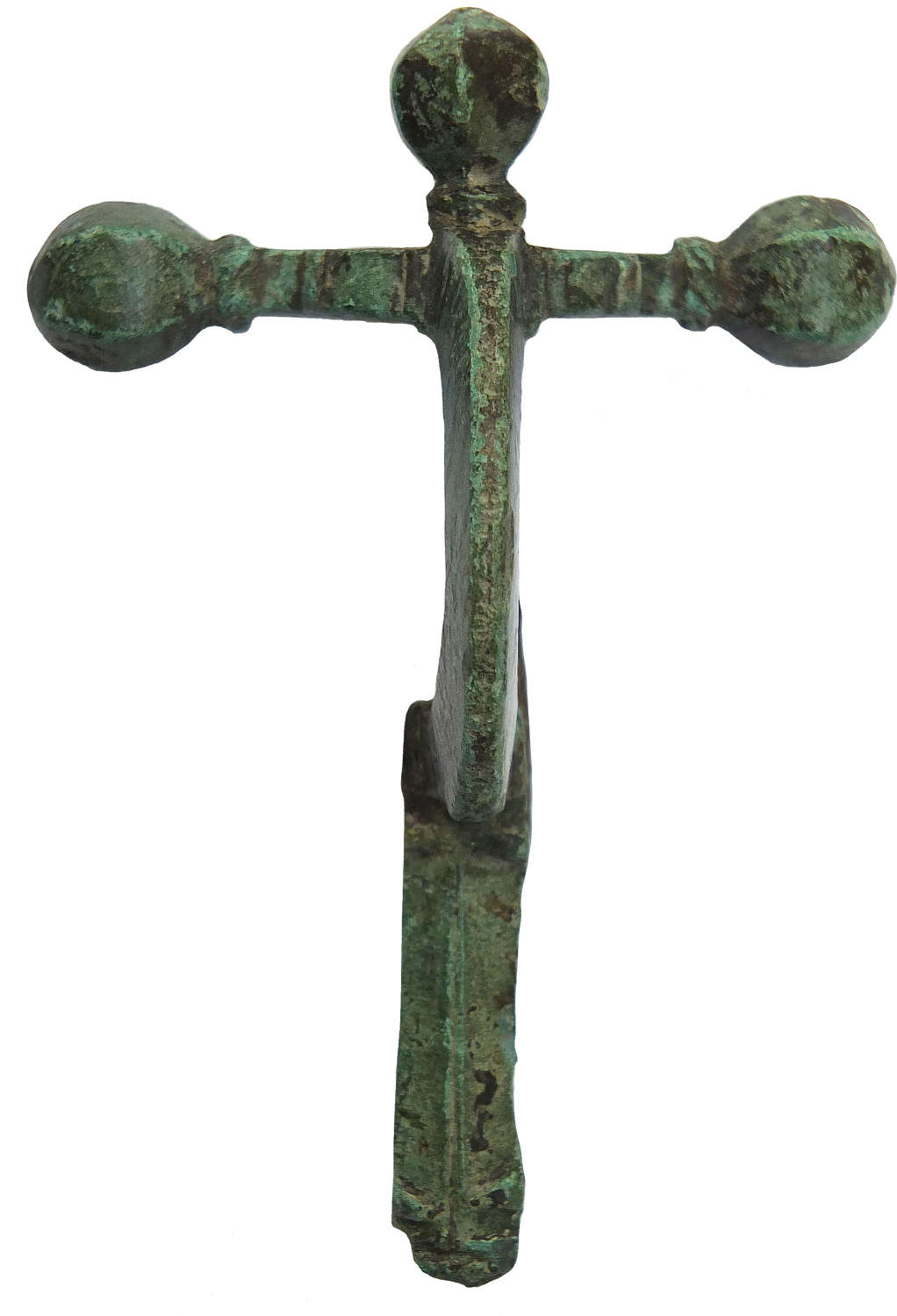 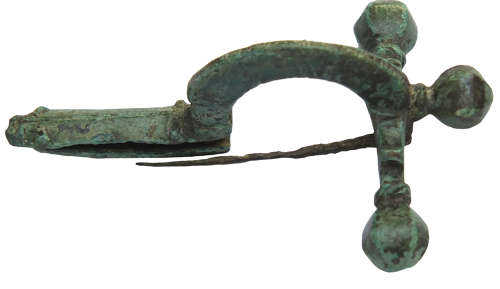 Description: A bronze crossbow brooch with facetted terminals and complete with pin. The brooch has a dark green patina with patchy areas of lighter green colour. A chip to the end of the catchplate and the pin corroded, otherwise complete and in good condition, found at Chester, Cheshire.

Provenance: Ex E.J.W. Hildyard Collection (his accession no. HCF26) and acquired by Hildyard at Sotheby’s Sale of the Collection of Dr. A. Ralph FSA in June 1936. Previously in the possession of Robert Barley (1945-2018).

Background: Edward J.W. Hildyard (died 1964) was an English archaeologist and collector active in the first half of the 20th Century. His family seat was Horsley Hall, a fine and extensive country house at Bishop Auckland, County Durham, now a hotel. Passionate about the past he published widely in archaeological journals from the 1930s to the 1950s, demonstrating a particular interest in Roman archaeology. He amassed an important collection of ancient coins and antiquities. His Roman, ancient Indian and British coins were auctioned by Baldwin’s Auctioneers, London, in 2008, and his collection of antiquities has been widely dispersed through leading auction houses and dealers and to museums.

Robert Barley was a leading London antiques dealer noted for his diverse and eclectic interests, who counted Mick Jagger as one of his childhood friends. He traded from a shop in Fulham High Street and the Portobello Road antiques market. He was also a leading exhibitor at London antiques fairs. He was also an accomplished artist producing extraordinary surrealist sculptures from precious stones and deconstructed antiques.